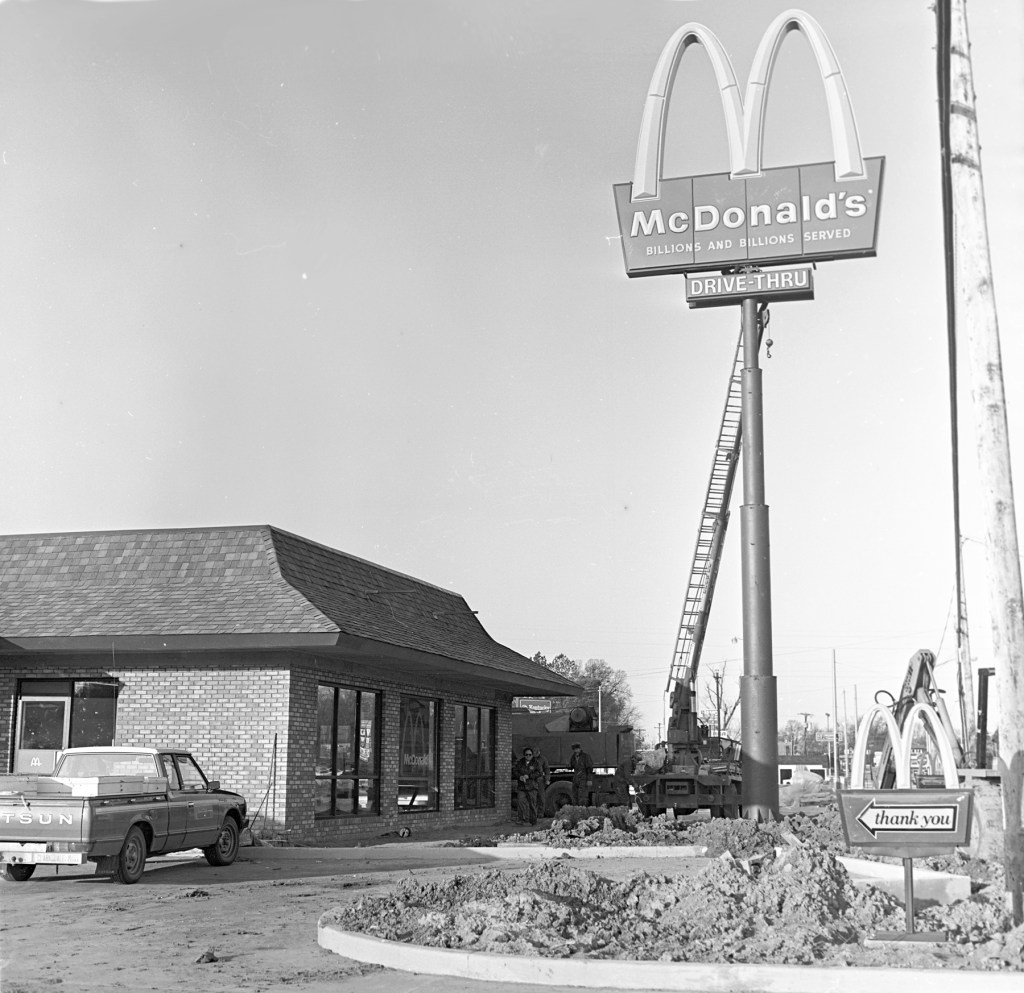 As the finishing touches were being put on the original McDonald’s restaurant on Hwy. 6, locals were anxiously awaiting their chance to have a Batesville-made Big Mac.

Once upon a time — 37 years ago this month — the McDonald’s restaurant opened in Batesville.

It seems so unremarkable now that Highway 6 has become lined wall-to-wall with most known fast food franchises. But back before January, 1983 the nearest opportunity to satiate a Big Mac attack was Senatobia, 20 miles up the road.

If Senatobia can have a McDonald’s why can’t Batesville? we asked, our refrain of lament for the several years between the time Senatobia’s Golden Arches appeared and ours finally arrived.

In those days the dining highlight of a shopping trip to Memphis was not necessarily a venue that served its repast on linen with glassware. It was the burger and fries that came in the sack with the McDonald’s logo.

So on that day 37 years ago when Batesville finally opened its restaurant under the arches, the whole town had a collective Big Mac attack. Everybody tried to get theirs at once, triggering a traffic jam that has since has become legendary. It stretched around the intersection of Highways 6 and 51, and backed south on Highway 51, blocking traffic.

Police were called to sort out the traffic congestion. Motorists who were waiting for their Big Macs were allowed to proceed in good order to the restaurant parking lot or drive-through window.

Motorists with other destinations who needed to get past the traffic jam in order to proceed without being perceived as someone trying to get ahead in line were directed around those waiting. Order was restored, but patience was still required.

So unprecedented was the event that some questioned whether it was constitutional to use city police to help direct traffic for a private business event. Of course, the police were there to promote motorists and move traffic along the public streets.

That opening became one of those collective memory milestones in the community, triggered anytime that someone asks, “Do you remember the morning McDonald’s opened in Batesville.”

The collective community Big Mac attack was soon quelled following that restaurant’s opening 37 years ago. Our girths have since improved substantially, although the wait time for a Big Mac has not.

Suggestion made 60 years ago would have been great…