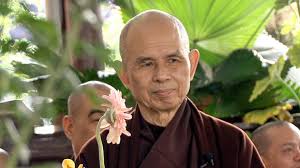 Magnolia Grove  is one of three Buddhists monasteries in the U.S. founded on the teaches of Zen Master Thich Nhat Hahn.  The property on Wilson Rd. in north Panola County has regular retreats and has visitors from across the country and world.

Associates of the Buddhist monastery in north Panola County have been given approval to develop a major subdivision on 38 acres of agriculture land they have purchased on the north side of Wilson Road.

The Panola County Land and Development Commission unanimously gave their approval to the development of Pine Forest in its Dec. 9 regular meeting. Chad Meek, who oversees the county’s building and land use offices, said there was no opposition to the proposed subdivision.

Pine Forest is managed by Kabe Woods and Binh Ho, a co-founder of Magnolia Grove Monastery, located a short distance away on Towles Rd. The application said several people in the Buddhist community want to have a home near the monastery.

Most want to retire near Magnolia Grove, some want a second “get away” home, and some who live in Florida want to have a place to stay during hurricane evacuations.

The managers told the county land board members they plan to have 18 lots and a wildlife area, and all lots will be allocated to members and not offered for sale to the public. Pine Forest will have four new roads, hard surfaced with curbs and gutters, and will be built to county specs and turned over to Panola County upon completion.

The mix of primary, secondary, and occasional residency structures will start with a 512-768 sq. ft., board and batten, old style home to be built after the road is cleared. A second, larger house is also planned for another lot, according to material provided by the representatives.

Williams Engineering Consultants, Inc., of Oxford completed the survey and will proceed with the platting, survey, and road engineering. The Pine Forest manages have also met with directors of the Hebron Water Association, which will serve the new development.

Magnolia Grove Monastery is located on 120 acres, and operates in the Plum Village Tradition, school of Buddhism named after the Plum Village Monastery in France, the first monastic practice center founded by Thích Nhất Hạnh. It is described as an approach to Engaged Buddhism mainly from a Mahayana perspective.

Magnolia Grove is a residential monastery (currently housing nine brothers) and is simultaneously a mindfulness practice meditation center that has about 20 residents. Besides the regular community members, weekend and other retreats are routinely held there, bringing visitors from around the U.S.

Teens must be aware of consequences