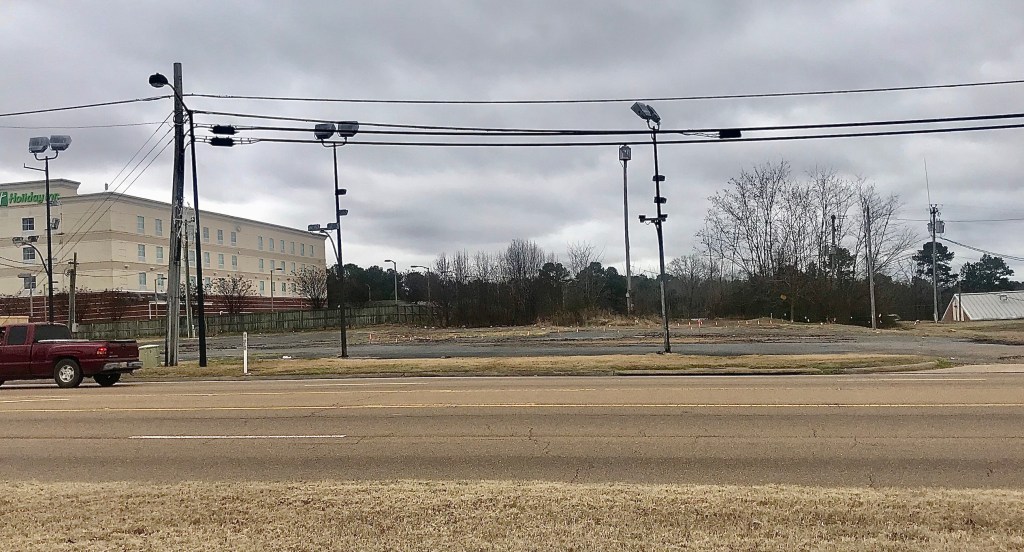 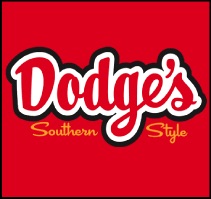 Dodge’s Southern Style will have a Batesville location in 2020 if plans for the new store on Hwy. 6W are approved. The city has already agreed to move a utility pole holding the weather warning siren (middle of photo) to make room for an exit drive to Woodland Rd.

Move over, Jiffy, there’s some new chicken coming to town.

The City of Batesville Planning Commission is scheduled to conduct a preliminary site and building design review for construction of a Dodge’s convenience store at 710 Hwy. 6E, just east of Sonic’s location.

Dodge’s Southern Style convenience stores became known for fried chicken decades ago, and has built a following that is loyal to its version of the southern staple. The stores have expanded their menus considerably, and some locations also specialize in pizza.

The much-acclaimed “Jiffy chicken” served at two locations locally – 450 Hwy. 6W and  101 James St. – will always be Batesville’s choice for fried chicken, the most conservative of gamblers would wager, but the Dodge’s chicken will surely find a following.

Dodge’s headquarters are in Tupelo and there are 47 locations in nine states, mostly in Tennessee, Arkansas, and Mississippi. The closest Dodge’s to Batesville are the ones in Tupelo, Ripley, and Olive Branch. There are locations as far as south Florida and Virginia.

Raymond Clark of Pope is on the Planning Commission’s Monday meeting agenda and will give members an overview of the project and a description of the proposed business on property the Dodge family has owned for about 20 years.

The application submitted to the Code Enforcement Office said the store will have 10 fueling pumps, a fast food operation, and a check cashing service. The store expects to employee 20 people.

Photos and sketches submitted with the application show the store will have a modern design with the latest convenience store features.

At last week’s meeting of the Mayor and Board of Aldermen, Fire Chief Tim Taylor said store representatives have also asked the city to move a utility pole that holds a weather siren behind Fire Station No. 2 (behind Sonic) to make room for an exit drive the store plans to run alongside the fire station to Woodland Dr.

Dodge’s wants two entrances to the store from Hwy. 6, and an exit on Woodland. To accomplish this aldermen said the store should be prepared to build a retaining wall at the back of the property to keep customers from driving their cars down the hill and into the fire station.

Aldermen said the city will relocate the pole with the warning siren to accommodate the new business, but also asked Public Works director David Karr to meet with the contractor and report on plans for the exit drive that would run behind the proposed store and Sonic.

The board was concerned that a new drive would create drainage issues for the fire station. They also said a drive as steep as the Sonic driveway to Woodland would not be allowed.

Aldermen also had questions about the fuel that will be sold at the new Dodge’s. They want to know if the store plans on selling diesel, or will cater to 18-wheel trucks and trailers. With no designated turning lane, they worry an already dangerous and congested Hwy. 6 would be further exasperated with the addition of big rigs.

All of those decisions will be made during negotiations between Dodge’s and the Mississippi Department of Transportation. Batesville has little control over matters involving the state highway.

Update on The Train to Christmas Town