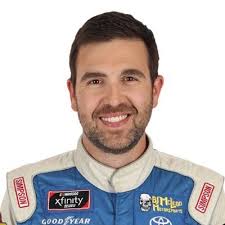 Tommy Joe Martins‘ Martins Motorsports will attempt to compete in the Xfinity Series full-time in 2020, the team announced on Tuesday.

The native of Como has 57 career Xfinity Series starts. He made 18 combined starts in 2019 for B.J. McLeod and Carl Long.

“It’s so exciting,” Martins said in a press release. “Extremely nerve wracking but also really exciting. We’ve learned so much over these last few years about this series & the business as a whole. I’ve improved a lot as a driver. Having Rodney [Riessen] as a partner in this thing is a game changer. He’s just as passionate about the success of this team as dad (Craig Martins) & I are.”

The team will have sponsor Diamond Gusset Jeans on the No. 44 car for an undetermined number of races.

Martins would “gladly” get out of the car if a funded driver was available.

“I love driving these cars, but the best thing financially for this race team is to have me as a part-time driver, not a full-time one,” Martins said in the press release. “Right now I just want to focus on starting this year strong, getting us up in the points, and proving to everyone this is a competitive race team. I think everything takes care of itself from that point on.”

The late Jessie Mae Hemphill recorded “Dare You To Do It Again” in Sherman Cooper’s potato barn in Como.  ... read more