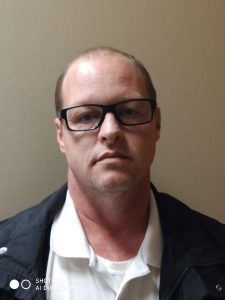 The situation with the Sardis Police Department may finally be resolved just in time for the holidays, as two police officers were hired during a Friday, Nov. 22, meeting in executive session at Sardis City Hall.

Impacted by last week’s activity, which resulted in the hiring of Shawn Dalton as Chief of Police, Officer Chris Franklin has now been added on as Assistant Chief of Police.

Also, Wesley Hubbard was hired as a full-time police officer, reported Sardis Mayor Lulu Palmer to the newspaper Monday morning.  “It was a very short meeting,” said Mayor Palmer, who aådded that Dalton was also sworn in during the session.

Last week, Sardis aldermen voted 4-1 to override the Mayor’s veto of a motion they passed Nov. 5 to hire Dalton as Chief of Police.   The veto occurred on account of his “inactive” police certification, in light of the other candidates for the position all having active certifications.

With regards to the message the Town of Sardis may be sending the community with the recent appointments, Sardis Alderman Michael Price said, “We’re moving a whole different direction as far as tourism, economic development, and growth.  The hiring of Dalton, and now Franklin, puts us in a whole different league.”

Despite the rumors, no officers have left due to the hiring of Dalton – only one to be closer to his family.  “Shawn is a great guy with a lot of supporters.  We’re gonna be okay,“ Price said.

Chief Dalton, was on the job early Monday morning and already working on policy and procedure for the department. He said his office door will always be open to hear the concerns of any town official and the residents Sardis police serve.

“I’m happy to be here, and look forward to working with Mayor Palmer and the board members and all the citizens of Sardis,” Dalton said. “We are trying to change the perception of our department with the public. We will be doing more community policing than in the past and the citizens will see a difference in the attitude of officers that deal with the public.”

“We want a good working relationship with everyone in Sardis,” he said.