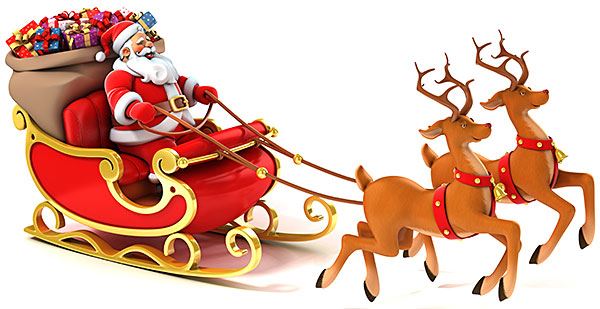 Batesville Mayor Jerry Autrey confirmed last Thursday that City Hall has received final schedule plans from agents at the North Pole, and Santa Claus will definitely be at this year’s Christmas Parade.

“We just found out,” Autrey said at 12:25 p.m. “I was worried that he wasn’t going to be able to make it because another city has their Christmas Parade the same night as ours, but Santa Claus said all of the girls and boys in Batesville have been so good this year that he wants to be sure and be here for the parade.”

With the news, the parade’s organizers could breathe a sigh of relief. The night of Tuesday, Dec. 3, had been chosen by Mark Shields and the volunteers of Enid Lake Baptist Church who put the city-wide event together each year, and he was waiting to see if Santa Claus would once again be able to have the last float in the parade.

As always, the Batesville Christmas Parade will have a religious theme. Shields this week said several churches and organizations have picked up applications for floats, and he is expecting about 100 entries again this year.

“Christ, the Birth of Christmas” is this year’s theme.

Judges will choose the best floats in several categories, all explained on the paperwork that can picked up during regular business hours at City Hall, or directly from Shields.

The church volunteers took over the parade event five years ago after many citizens complained about profane music, vulgar dancing, and a general departure from a traditional, family oriented parade.

Since then, attendance at the parades have swelled to all-time highs and a much broader representation of Batesville is evident by the design and themes of the floats entered.

Shields also has a strict policy about fake Santa Claus characters in the parade. “We don’t want any children to be confused,” he said. Only the real Santa is allowed in the Batesville Parade and he brings up the rear, finishing off a grand time for children of all ages.

Mayor Autrey said Santa Claus is very busy in December and will probably work a full day at the North Pole before heading south to Batesville. “He will get here just in time to line up on Park Street, and might have to land in the parking lot at Dunlap Stadium, but promised that he will make it.”

Shields said there will be no secular music or dancing allowed by participants, and that all music (live or recorded) should be traditional Christmas tunes.

Also, signs that say “Happy Holidays” are not allowed. The parade is meant to convey the Christian meaning of Christmas which means “Merry Christmas” signs only will be permitted.

There is plenty of room for more entries, Shields said, and he encouraged all groups and churches to begin planning their floats now.