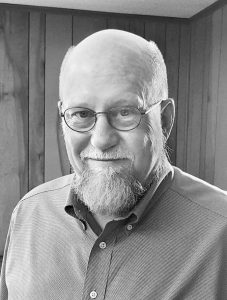 Consider the plight of Delmer Joel Ramirez Palma, a native of Honduras who was among the 112 construction workers in the Hard Rock Hotel site when it came crashing down Saturday, Oct. 12. Miraculously only three of Palma’s co-workers were killed.

Palma was later interviewed about his experience in a Spanish language television broadcast. He is also one of five laborers who filed a lawsuit seeking damages for injuries.

Now Palma is sitting in an immigrant detention center near Oakdale, LA, awaiting deportation. His attorney argues that his detention is tied to his TV interview. An Immigrations and Customs Enforcement (ICE) spokesman denies it.

Since his incarceration, Palma has likely become acquainted with some of the poultry plant workers also held there. Many of those workers have been in Louisiana detention facilities since August when they were arrested during ICE raids at seven Mississippi processing plants.

Palma’s plight and those of the Mississippi factory workers reinforce a dark theory that there are powerful corporate forces in this country working quietly behind the scenes who are well served by immigration turmoil. These interests constantly stir the pot on both sides. They stir up people on the far right who want the U.S./Mexico border tightly sealed and to track down and deport all immigrants illegally in this country. In the same way they rile the far left who want to abolish ICE and open borders.

Through the machinations of social media, these corporate interests are able to harden the position of those on both sides, targeting both with disinformation and inflammatory half-truths. These hardened extremes block almost any attempt to arrive at a working compromise that would establish a real immigration policy for this country.

Turmoil serves those corporate interests well. These are the people who benefit from the cheap labor and respected work ethic they find among immigrants. For Palma and many more from Latin American countries, it is the construction industry. For the Mississippi workers, who are also mostly from Spanish speaking countries, it is the poultry and meat processing industry.

It is true that some of these people have taken jobs that would otherwise have been filled by legal citizens. Corporate hiring officials often cite a lack of willing and available legal labor.  The company has the option of raising pay and benefits and improving working conditions to attract legal workers. Or they can hire illegal immigrants who will work cheaper and without protest in unsafe and inhumane conditions. Once a factory or a job site or processing plant is filled with immigrants whose residency and work status is fluid at best, the powers that be can push them to the limit.

After all, what can they do? If someone is in this country with a questionable immigration status, the last thing they want to do is attract the attention of authorities. If they protest, attempt to organize a union or otherwise stand up for better working conditions or more pay and benefits, they may warrant the attention of ICE and get deported. Workman’s Compensation for job injuries and legal standing to file lawsuits for injuries is — well, we’ll see what happens to Palma.

Meanwhile, it can safely be assumed that most of those workers who escaped along with Palma from the Hard Rock collapse are also from Mexico and Central American countries. Their futures will be an interesting sidebar to the ongoing saga of the Hard Rock Hotel collapse.

John Howell can be reached at johnhowl1948@yahoo.com

Rix Quinn – What to wear?

Does Sparing the Rod Really Spoil the Child?