Old Sardis High School back on board agenda 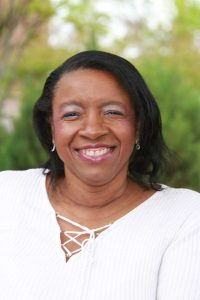 The fate of the Old Sardis High School was brought up for discussion again in the North Panola School District board meeting Tuesday, Sept. 17.

November 2018 the lease to the city was up and the ownership was transferred back to the school district. The town has pressured the school to do something with the building in which the roof has caved in, according to district superintendent Cedric Richardson.

Board member Trosiki Pettis questioned why the city was pressuring the school district when they did nothing about the building when it was in their hands.

Richardson said quotes began at $80,000 to tear down the building, money he said the school district does not have.

The board gave its approval, 3-1, the agreement for Richardson and board attorney Jim Keith to look into tearing the building down, the amount of acreage and the tax value of the land. Trustee Deborah Armstrong was the lone nay vote. Trustee Darrick Ellis was absent.

Richardson is to report back to the board their findings. There was also some discussion of the city tearing the building down and then taking ownership of the land.

The school board approved the measure to pay the bus drivers for August and September 2019 the same as they made during the 2018-19 school year.

Former transportation director Mike Britt is in the process of certifying the 24 bus routes. Upon the completion of that certification, the bus drivers pay will reflect the routes in which they drive.

In certifying the routes, Britt has to ride each bus morning and afternoon.

Some bus drivers initiated a strike the morning of Sept. 3 after their paychecks the Friday before were cut drastically from its usual pay. The drivers said they were not told there was going to be a pay change.

North Panola band director Melvin Ross appeared before the board to discuss his requests for the band to travel to four upcoming parades in Mississippi and Tennessee. The board questioned whether the cities the band will travel to will appear in upcoming North Panola and Sardis parades.

Ross said all of the bands will appear in this weekend’s Battle of the Bands or in the Christmas parade.

The board was also concerned with a lack of approved female chaperones for the band. Ross said he is in the process of updating the list and getting new female volunteers approved which would be more than adequate for the 100-member junior high and high school band.

The board approved 3-1 an agreement for the Town of Crenshaw to use parts of the former Crenshaw Elementary School Building. Trustee Armstrong voted no.

The board voted 0-4 to not partner with Holly Springs School District in its Distance Learning Program. The school district would have to put in $35,000 to participate, according to technology director Carla Malone.

During the public comments, a citizen asked when the school scores would be released. Richardson told him at the October 22 board meeting. However, school scores were released Thursday, Sept. 19. North Panola School District remains a C-rate school District. Como Primary and Greenhill Intermediate received grades of F while former Crenshaw Elementary and North Panola High School were assigned a C each.