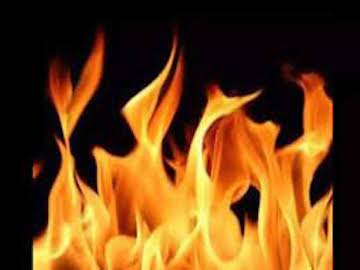 Emergency Operations Director Daniel Cole made the report to the Board of Supervisors Monday, telling them that a pasture on Alonzo Gipson Road burned for hours Saturday when an estimated pile of 800-1,000 old tires was found ablaze.

Cole said authorities could not get questions about the fire answered to their satisfaction and who started it was “depending on who you asked.” No citations were issued.

One fireman had minor burns when embers landed on his neck.

Cole said the fire, and several grass fires over the weekend, were frustrating to his office because many of the volunteers who responded to the Saturday fire were already busy helping to clear roads and remove debris from the March 30 tornado.

Also, he noted, other parts of the county were left uncovered for a period of time while firefighters were busy with the tires.

In other county fire departments news, Cole asked supervisors to approve a plan to enter into a contract with a fire truck manufacturer, agreeing to purchase nine trucks by the year 2024. Under the plan, the county would not be responsible for setting up the financing or taking delivery for two years, but would see financial benefit because the company will allow the cost per truck to be locked in at current prices.

Cole estimated the county will save about $1 million by signing the sales contract early.

Nine new trucks would give every county and municipal department in Panola a new truck except for Courtland, which just took delivery of a new truck, and Mt. Olivet, which has one ordered and on the way.

The Batesville and Sardis departments were recently given cash from the county fire fund to spend as needed and will not get new trucks under the plan.

Supervisors agreed the plan would be a best practice and approved the order.