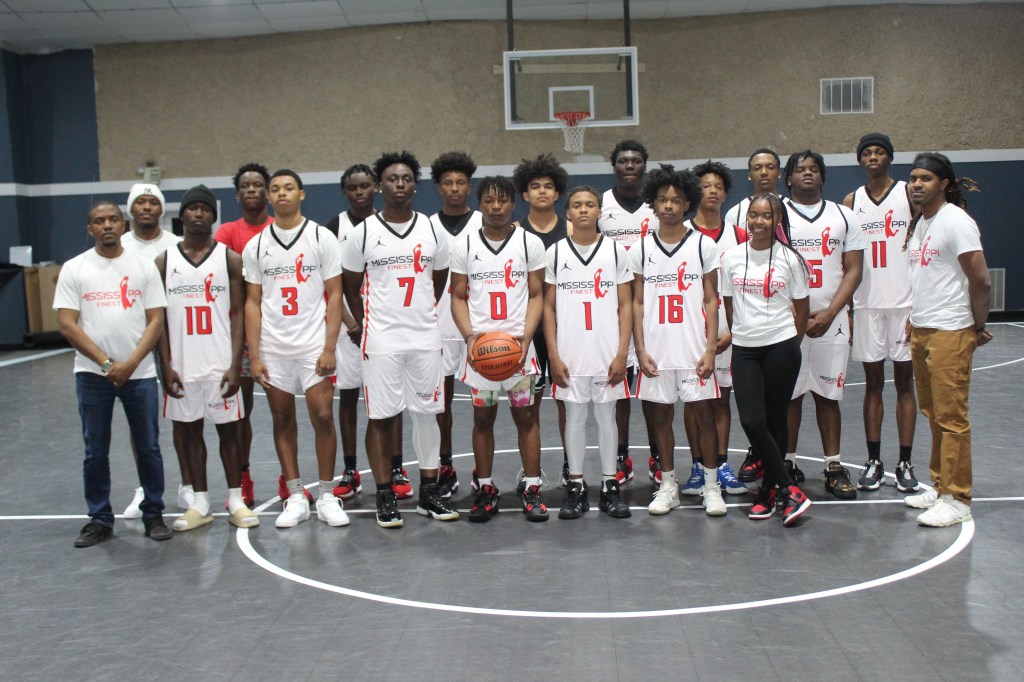 I’m a husband first, a father second, son, leader, author and pastor. I am the founder of the AAU basketball club “Mississippi Finest”.

I’m from Chicago, born and raised there until my mid teen years, where I was a ball player. I was good at it but the street presented what seemed to me an easier way to get my family and myself out of the community we lived in, that they labeled as the hood.

Drugs and killing everyday is what we saw, so our role models were bangers and hustlers. Just about everyone in my family was in the gang so it was like we were born into it, my father moved us to Panola county to get us away from the gangs. I was mad but God was in this it saved my life.

What brought us to this team was my youngest son Khristian Cole was playing for another AAU team in Memphis and asked me to start a team so some of his friends could have a chance to play. So I built my staff and we created this team so that we can display basketball talents of great basketball players from Mississippi. It’s not for everyone, but just because everyone can’t play, it doesn’t mean that those that are good at it shouldn’t have a chance.

This area has been made a football and baseball area. All the rims have been taken down, except for driving all the way out to Sardis Dam when some don’t have cars, or they have to take a chance on playing on Patton Lane. Being real, it’s just not a safe area.

We used to play ball on American Legion, but they took the rims down two weeks after some work buddies and myself were playing ball there.

If you know athletes who are passionate about the sport we play, I guess we were too loud for them. The police were called and the rims came down.

We can’t use the gyms for practice in this area. I’m thankful for Mr. Brit of North Panola last year and before our first game this year helped us out until they had something in their gym. He pens the gym for the young guys in the area and that’s amazing, and also Mt. Gillion let us rent their building sometimes last year. Coach Flower has been a big help to us both last year and this year.

We have church gyms and school gyms in this area but we have to go all the way to Oxford just to practice most of the time, when these gyms are just sitting empty.  I’m grateful to God for blessings me with a friend in Pastor Plummer of Hosanna Church in Pope where they have The 180 Center and they have blessed us to use there gym to practice every Monday

Last year we took our 15U to Missouri and displayed their talent and people wanted to know who they were. I was happy to let them know that they were the Finest that Mississippi offers. We lost the game before the championship, but that doesn’t determine your greatness. Just ask Michael Jordan or Derrick Rose, and looking in this area ask Ron Shegog, Deshea Townsend, Dewayne Rudd, Kory Chapman, John Jerry, Peria Jerry, Alvin Jackson, Tony Johnson, Mitchell Young,  KJ Jefferson, and now Super Bowl Champion Darrell Henderson

This organization has proven that it can compete with the best of them out there and develop players. Every tournament but the last one we came one game from the ring. That’s great for the new kid on the block. We had everybody talking about the Reebok series, Arkansas Bash, the Invite National tournament, and T3TV. People from other teams were coming to watch us.

Our games at The Invite are on BallerTV. With saying all this I’ll tell you the truth it’s all because of Jesus. Mississippi Finest AAU Basketball is nothing without Jesus and he’s not finished yet.

I said all this to say if you see one of these guys salute them also if you would like to donate to help us get these kids in front of the world Cashapp us @ $MSFinest0 please let us know who it’s from. We thank you in advance!