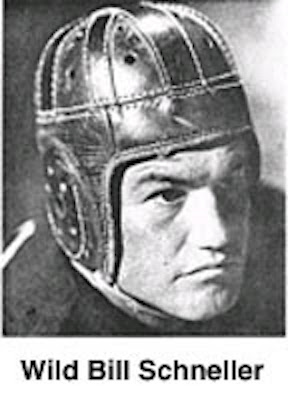 Jack Lamar Mayfield tells the story of the massive fight at the 1938 Arkansas-Ole Miss game played at Crump Stadium in Memphis in the Friday, Oct. 21,  2011, Oxford Eagle.
The story, entitled ‘Wild Bill’ Schneller thumbs nose at Arkansas defender is, unfortunately, behind a paywall. You can pay $5 and read the Oxford Eagle over the Internet for a month.
I had not heard of this fight until a couple of months ago, when I read about it on a football chat board. I sent my good friend, Holly Springs attorney Bill Schneller an email asking if he was any relation. His response was simply “You must live under a rock, that was my dad.” I didn’t know for sure. I didn’t think his dad had gone to Ole Miss until a few years later. The photo, however, does give it away for anyone who knows the younger Bill.
At any rate, according to the Oxford Eagle column, Arkansas was losing pretty badly when Schneller intercepted a pass on the 50-yard line. He ran it back for a touchdown and when he saw no Arkansas players were near him he slowed to turn and thumb his nose at the Arkansas crowd, not once but twice, once while he was running and once as he crossed the goal line. There was no such thing as excessive taunting back in those days.
The game ended shortly thereafter and Arkansas players sought justice. A huge fight erupted amongst the players which was eventually brought under control, but as for the fans they went at it for quite a while.
Schneller played both offense and defense. Primarily a blocking back, he apparently carried the ball as well. An Associated Press story recapping the year said he scored five touchdowns in 19 plays in which he ran or received passes. Presumably his interception was one of these.
It’s a fun story and I’m glad I had a chance to read it. You can do a Google search on “Wild Bill Schneller” to learn more. 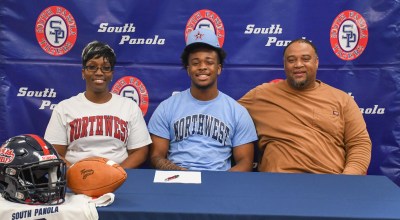 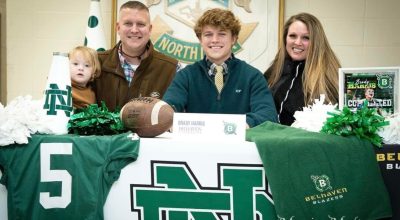