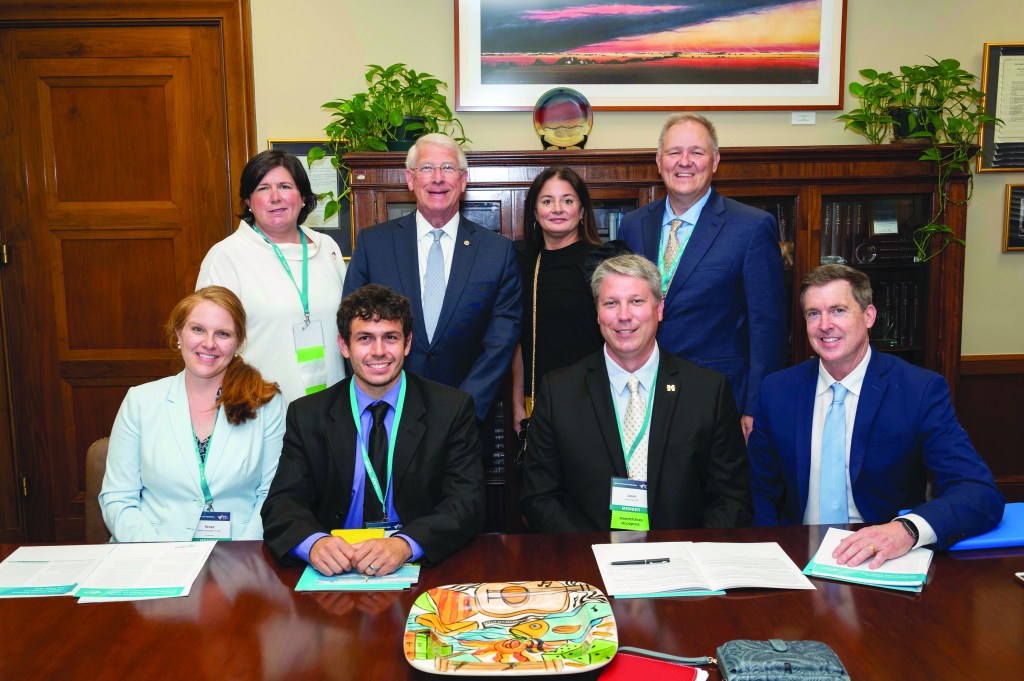 APTA-Mississippi, a chapter of the American Physical Therapy Association, met in Washington, D.C. this month to celebrate 100 years of the organization. A Panola County county was in the contingent of therapists taking part and urging lawmakers to fight the proposed Medicare Fee Schedule cuts.

“We’re a local couple who had the honor of representing our great state in Washington, D.C.,” said King.

The APTA Centennial Celebration took place Sept. 10-14 at various locations in the D.C. area, and included a number of lectures, forums, meetings, ceremonies and festivities.

Meetings regarding Mississippi included the participation of U.S. Senators Christine Hyde-Smith and Roger Wicker, and Congressman Bennie Thompson, of the 2nd congressional district.

“It was a really cool event,” said King.  “Not too many people get to go and do this.”  One of the highlights was the “Friday night gala, which took place at Washington National Cathedral,” she said.

Besides going to celebrate the landmark event for their industry, the couple went – with a dozen members of the organization’s Mississippi chapter –  to help address growing concerns for cuts scheduled to occur in the coming year.

“Our main issue on Capitol Hill was to fight the Medicare Fee Schedule cuts, and that’s what we were working on.  Trying to work with the legislature, the representatives and the senators,” said King.

“Jason and I particularly met with Rep. Thompson, because he is our representative,” she said.

On their website, the organization states their position: “APTA strenuously opposes any attempt to reduce payment for physical therapy under Medicare, and views the PTA differential policy as a threat to patient access to care that could hit rural and underserved areas especially hard.  We view the cut from CMS (Centers for Medicare & Medicaid Services) as a dangerous and shortsighted move that will harm patients and shutter clinic doors.”

King also attended the Future of Physical Therapy Summit, along with others in APTA leadership roles.  “That particular event had a lot of high-level keynote speakers, including the Secretary of Commerce,” she said.  Also, at the end of the day, Dr. Jill Biden joined as a finale keynote speaker, via Zoom.

According to King, the First Lady talked about the importance of physical therapy, and referred to it as a ‘low-cost/high-value profession.’

“That worked really well, with what we’re trying to fight,” she said.

“I felt very honored and blessed to be there, and proud to say we’re from the state of Mississippi – and that we’re Panolians,” said King.  “We were able to be a part of history.  It was an amazing trip.”