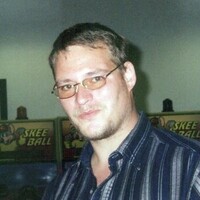 Shane Tramel, 42, passed away on Thursday, August 5, 2021 in the Emergency Room at the Panola Medical Center.

A memorial service for Shane was held at 3  p.m.  Friday, Aug. 13, in the Martin Willingham Memorial Chapel of Wells Funeral Home. The family received friends one hour prior to the service.

Shane was born on Jan. 15, 1979, to the late Wendell Wayne Tramel and Marilyn Leona Burns Tramel in Prentiss.