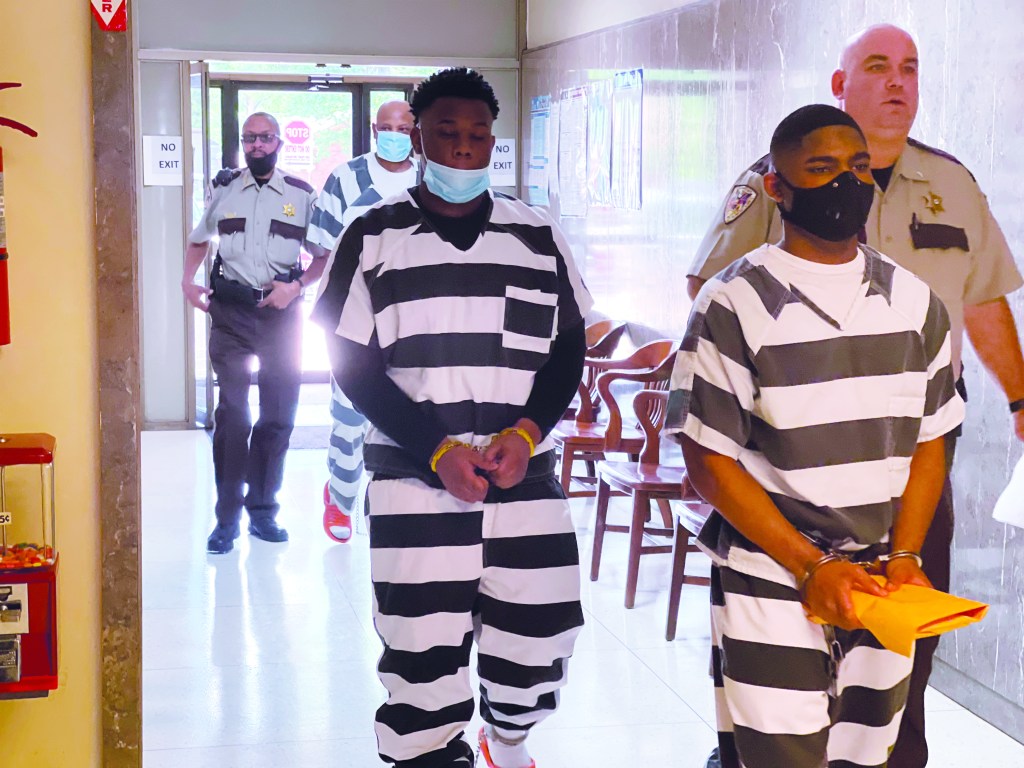 The Tallahatchie County teenagers who pled guilty to second degree murder in the 2018 line-of-duty death of Panola County Constable Raye Hawkins were given long prison sentences Thursday, June 24, in a somber hearing at the Batesville Courthouse that lasted more than three hours.

Attorneys for the State of Mississippi and those appointed to Darion Dogan and Johnathan Taylor, Jr., called witnesses and offered evidence to Circuit Court Judge Smith Murphey before he rendered sentences of 40 years for Dogan and 30 for Taylor just after 4:30 p.m. They will be given credit for time served since the Dec. 12, 2019, incident.

During the often emotional testimonies, the court heard from Wesley Hawkins, son and fellow law enforcement official of the slain constable, and Diane Tutor, sister of Constable Hawkins. The Hawkins family was joined by several local policemen and county deputies, all wanting the maximum sentence for the teens.

Family and friends of the defendants filled several rows of the courtroom, and both sets of parents took the stand to ask for sentencing leniency and ask the Hawkins family to forgive the actions of their sons. Several boxes of tissue were circulated in the audience and muffled sobs and sniffling were heard throughout the hearing.

The courtroom was at times perfectly quiet as witnesses struggled for words, and louder when they cried openly during the poignant hearing. Twice the judge stopped the proceedings as afternoon trains with their whistles interrupted speakers.

One attorney had his telephone taken away by the judge when it rang loudly with a song that he couldn’t stop. Murphey finally took the phone, stopped the ringing, and kept it on the bench until after court was concluded.

In passing sentence, the judge noted the defendants had already avoided the chance of life sentences when when the District Attorney’s office agreed to reduce charges from first to second degree murder, and again when prosecutors and defense attorneys reached plea agreements that set sentencing parameters of 20 and 40 years.

“I feel for everybody involved. There are no winners today,” Murphey said.

Addressing the teens before giving the terms of their incarceration in the Mississippi Department of Corrections, the judge said the pair had ample opportunity to stop the stolen truck they drove nearly 100 miles an hour more than 20 miles from Charleston to Batesville before striking Hawkins’ service car on Hwy. 35 just inside the city limits, killing him instantly.

“There is no indication the brakes didn’t work and no indication Mr. Dogan couldn’t have stopped when Officer McKinney was chasing him from Charleston,” Murphey said. “So, Mr. Dogan and Mr. Taylor, and I use mister because you have made adult decisions although you were teenagers, you’re going to receive adult sentences.”

Dogan, the admitted driver, received 40 years, and Taylor 30 because testimony from both in plea negotiations made it clear that Taylor, just 15 at the time, wanted to get out of the speeding truck. Dogan, then 16, said he didn’t stop because he panicked. He had stolen the truck in Charleston so he and Taylor could get to Batesville where they were to meet someone who would help them record and produce rap music songs.

Hawkins, who was working in Batesville when the call came to the Sheriff’s Office that a high speed pursuit was headed toward the city on Hwy. 35, went to the scene where local police were setting laying down spike strips and waiting for the truck in an attempt to stop the driver before he entered Batesville proper and the busy Highway 6 and residential areas of the city.

Witnesses said the truck swerved to miss the strips in the highway and struck Hawkins’ car at almost 60 mph. The driver and passenger were unhurt and fled the scene on foot, but were quickly caught by law enforcement on the scene.

Hawkins was given an honorary funeral with all the privileges afforded officers killed in the line of duty. The longtime constable, who had won re-election the month before, was among the most popular of all Panola County lawmen. His death brought condolences from across the nation, and the Board of Supervisors retired his badge and call number.

At last Thursday’s hearing, son Wesley Hawkins, now a captain at the Batesville Police Department, told the court the pain and suffering from his father’s sudden death is replayed almost daily when calls of high speed pursuits or automobile accidents come across his service radio.

Hawkins was one of the first to arrive on the scene and told the court he was able to hug his dad and tell him goodbye before coroner officials pulled him from the wreckage. “It’s something that I will have to live with the rest of my life and my family is asking for the maximum sentence in this case,” he said.

Parents of both defendants took the stand to ask the court to consider lighter than maximum sentences for the teens in consideration of their ages and the prospect of life experiences lost to years of incarceration. Both sets of parents repeatedly told the judge their children were “good kids” who had made some bad decisions.

They spoke of the many hours the pair had spent helping neighbors with yard work, attending church services, helping grandmothers wash dishes, and other activities that should be considered in the sentencing.

In the sentencing phase of the hearing, Murphey said he did consider the defendants’ ages and the testimony of their upstanding behavior offered by their witnesses. He said the evidence presented by the prosecution that included the youth court records of the pair also weighed heavily on his reasoning for a just sentence.

Particularly, Murphey noted that just a month before the auto theft and eventual death of the constable, Dogan had been on probation for commercial burglary and just a month before had admitted to a crime that would have carried a 24 year prison sentence if committed by a person 18 years of age or older.

Taylor was right to ask Dogan to stop the truck and let him out, Murphey continued, but also said Taylor had also confessed to taking part in the theft of four other vehicles and guns in recent years, and was also on probation. “I understand you were not the driver, Mr. Taylor, but this was not your first time in a stolen vehicle,” he said.

In a final admonishment, Murphey said the death of the beloved Constable was caused by choice, and not happenstance.

“Gentlemen, I think you need to continue to request forgiveness from all involved here and I think you also owe your parents apologies,” he said. “There were a lot of times before Dec. 12, 2019, when y’all killed Raye Hawkins that youl could have taken a different road, and you didn’t, and here we are.”

Dogan and Taylor were indicted for first degree murder Sept. 24, 2020. Dogan signed a plea to second degree murder March 2, 2021, and Tyalor followed with his own plea June 1, 2021. They had no reaction as Murphey read the sentence, only waving to their family members before being led back to jail by deputies.

They will be processed in the MDOC system and begin serving their sentences shortly. 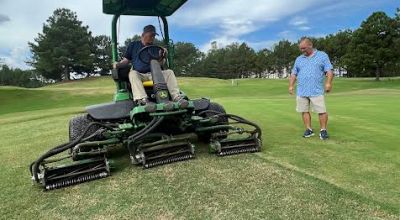