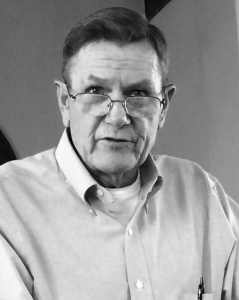 By John Nelson
I’ve never been one to make New Year’s resolutions, but this January I’m determined to rein in our out-of-control monthly expenditures.  How two people living on this little inactive farm can spend so much each month seems unexplainable.

Bewildered by all these bills, I looked for inspiration in some ledgers from 100 years ago when my grandparents lived on this very active farm.  The January living expenses for them and my young father and aunt averaged about $50 during the late teens and on through 1921.

The ledgers recall a time when there was an emphasis on subsistence agriculture.  After they provided for most of their own food supply, there were years when the sale of excess beef, pork, chicken, eggs, and potatoes to town merchants rivaled row crops as a source of income.

In addition to the self sufficiency of 100 years ago, another glaring difference between life then and today are the items not listed in the old ledgers. There was no electric bill, no DIRECTV, no HughesNet, no phone bill, no water bill, no solid waste bill, and no insurance premiums.

I’m not advocating a return to the “good ole days” since I know that I have a better quality of life than my grandparents had.  But I certainly could do a better job of separating those expenditures that actually improve our lives from those that only seem to benefit us.

Past expense records are by no means complete, but there is ample evidence to indicate that things remained pretty much the same here through the 1930’s.  In fact, the belt- tightening required to get through the Depression years kept living costs looking pretty much like those in the teens.

Then came WWII and its aftermath – a great turning point for life in America.  An industrial complex revved up to churn out war materials first retooled to produce required items like cars and appliances that had not been available during the rationing years of the war.  From there, it moved on to producing a host of labor-saving devices, novelties, and gizmos now found in our landfills.

I’m not sure whether country folks really wanted to join the ranks of modern consumers or if the blossoming advertising industry convinced them that they should.  But I do know that man hours previously dedicated to self sufficiency were redirected to the expansion of row crops with the promise of more disposable income.

I was born in 1943 and witnessed the end of the old farm system.  In my youth, there were milk cows, killing hogs, smoke houses, henhouses, and potato cellars, but most of this was gone by the time I became a teenager.

The expansion of row crops might have given small farms a few more viable years, but the escalating scale of farming necessary to earn a living soon left them in the dust.  Holding on to land required “town” jobs to supplement farm income, and gradually, the money earned off the farm came to be the main source of income.

Today, most of us still living on small family farms do so because we value the freedom of living on our own land.

The scale of agriculture has continued to expand to the point that there is debate over whether further production increases are possible, and the lowering of water tables from unsustainable irrigation is certainly a possible endpoint.

Meanwhile, there are young folks venturing back into the country with innovative ideas on how to make small acreages profitable.  Organic farming and a return to the more traditional ways of raising livestock might have triggered this movement, but it now runs the gambit from small vegetable plots coupled with state-of-the-art greenhouses to agri-tourism.

The movement has attracted those with a yearning for a simpler lifestyle with more focus on self-sufficiency and reasonable expectations of what their land can deliver.

Including those from the older Nelson place next door, there have been six generations of us out here, and I’d like to think that there will be Nelson descendants living here in 2121.  And is it possible that their financial records could look less like mine and more like my grandparents’ ledgers of 1921?

That’s an intriguing question that I don’t have time to ponder, since I’ve got to get back to paring down the expenses of 2021.

Christmas getaway was almost a bomb