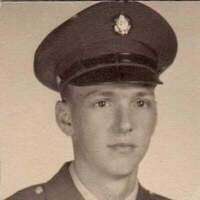 Services will be scheduled later this week, at which time they will be announced.

Edward was born November 3, 1942 in Memphis to the late Jack and Edna Sharp Atkinson. He was of the Methodist Faith.

Along with his parents, Edward was preceded in death by his son, Ryan Edward Atkinson.

Lytricia Simmons Wilson, 51, passed away at Baptist Memorial Hospital in Oxford on Jan. 6, 2021. There will be a... read more