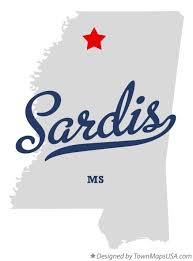 Friends and family of a lifelong Sardis resident area asking for the public’s help in determining what caused William B. Gant to sustain serious injuries while walking in the downtown area early on the morning of Oct. 6.

Gant, 55, is hospitalized at Region One Trauma Center in Memphis. He began physical therapy last week for a back injury that required a surgical rod and pins, and relatives said he has also been treated for damage caused one of his legs.

Sardis Police Chief Chris Franklin said he and Investigator Bobby West have worked on the case since Gant was found by a First Security Bank employee arriving for work. He was lying on Court St., near Main St., and told West he fell off the curb and injured himself sometime between 6:30 and 7 a.m.

Gant’s family members, however, believe he was struck with heavy force by a blunt object, possibly a vehicle. They, too, are asking anyone with information about the case to contact the Sardis PD.

Shirley Jackson Gant, a sister-in-law of the injured man, said she and Gant’s sister Nancy Harville of Memphis, think someone purposefully hit him with a vehicle and left the scene. “He had been beaten up several times by people who were upset with this girl that he had talked to and gave some money to. We think the police should be asking them some questions.”

Franklin said his department has explored that part of the case, and hasn’t made any positive connections between Gant and the people who were allegedly upset about him seeing their relative.

“The department has checked out everything we’ve been given and right now we aren’t exactly sure what happened to Mr. Gant,” Franklin said. “He told the investigator at the scene that he had fallen and never mentioned anything about a car hitting him until later. We have looked at hours or security camera footage from businesses in that area and there were no vehicles in that area where he was found.”

Gant is a well-known figure in Sardis and before his injuries he walked all over the town regularly. Locals often hired him by the day to paint houses and other buildings. “On the morning he got hit he was walking up to White’s Deli and Gas to sit on the bleachers in case anybody wanted to pick him up to do painting,” Shirley Gant said.

“Everybody knows him and everybody knows he’s kind of like a drifter, but he is a good worker and people all around Sardis use him to do their painting,” she said. “It’s not right for him to have a hit-and-run driver and nobody come forward and tell what they know about it. Somebody knows what happened to him, and it wasn’t just falling down to get hurt like that.”

Franklin said anyone with information about what may have happened to Gant should contact him or Investigator West at the Sardis Police Department, 662-487-1383.