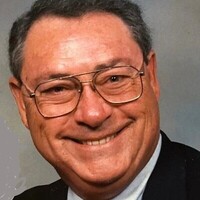 Robert Forrest Haltom, 80, went home to be with his Lord on Sept. 16, 2020. He was born September 23, 1939, in Memphis.  He was the son of Dick and Nina Haltom and a longtime resident of Batesville, and a lifetime member of First United Methodist Church of Batesville.

He met his future wife Margaret Ellen Saxton Haltom in the fifth grade, and they were married on February 26, 1961.

Upon graduating from Batesville High School, he joined the United States Air Force and was stationed in Okinawa, Japan.  After being discharged in May of 1961, he continued his education at The University of Southern MS, graduating with a Bachelor’s degree.

He had a long career in sales management with Sears until moving back to Batesville in 1980 to buy a local family retail clothing store, Shackeroff’s.

You would most often find Bob at the grill, as he and Margaret hosted an annual July 4th celebration for many years as well as many other family and friend gatherings at their house on Panola Avenue.

In their retirement years, he and Margaret enjoyed traveling to almost every state in the United States of America and to Canada.  One of their last excursions was a road trip to Alaska. He also enjoyed hunting, golfing, gun collecting, shooting events, and he was an avid reader.

Bob left this earth to join his beloved wife of 57 years Margaret Ellen Saxton Haltom who preceded him in death in 2018.  He was also preceded in death by his brother, John Haltom.

Wells Funeral Home of Batesville has charge of arrangements.

In lieu of flowers, donations may be made in his memory to First United Methodist Church, 119 Panola Ave., Batesville, MS 38606.