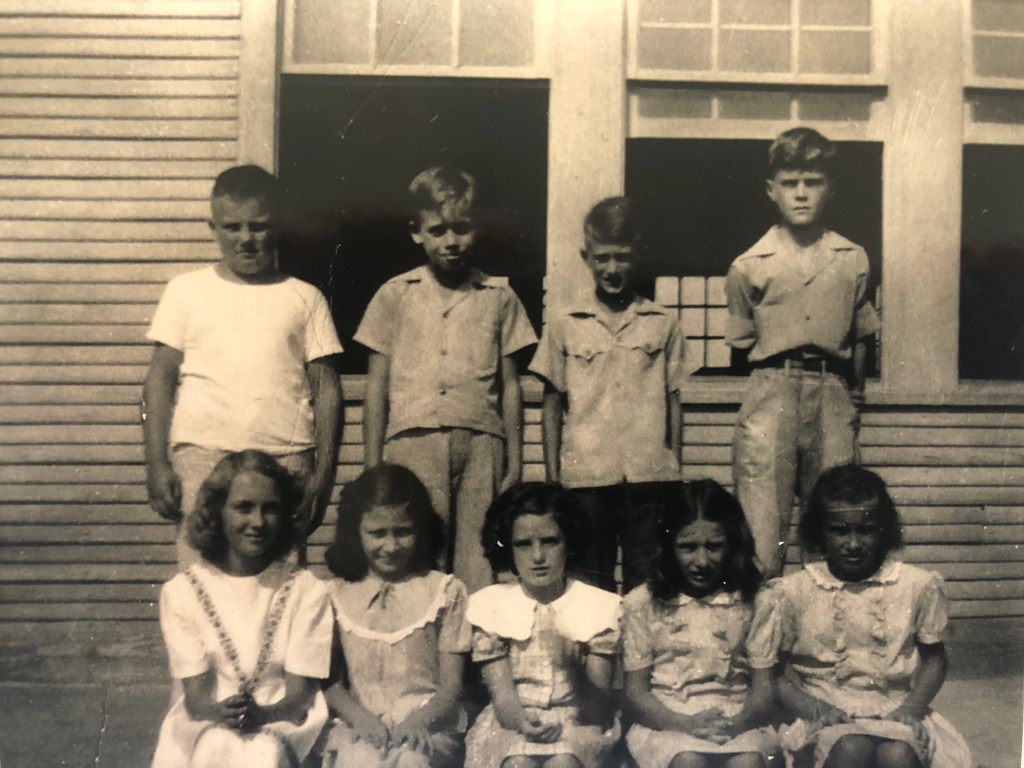 I sat out in my yard under a big pecan tree and began to reminisce. It took me back to the days at Mt. Olivet School.

We all stood at attention with our hands over our hearts and repeated respectfully:

“I pledge allegiance to the flag of the United State of American, and to the republic for which its stands. One nation, under God, indivisible, with liberty and justice for all.”

Even then we realized that we were not worshiping the flag – the cloth on which the 48 stars (that’s how many there were back then) were printed, nor the 13 stripes which represented the 13 original states.

It all had to do with respect and honor. What has happened to the respect? What did you accomplish by burning? It simply further showed the kind of citizen you really were.

I had two older brothers, Eugene and Ellis Palmertree, who were serving in World War II at the time I was in grammar school at Mt. Olivet. I somehow knew in my little naive mind that they somehow had something to do with that flag.

Of course, when they returned home (safely, thank God) after four years of fighting in Germany they let everybody know that it was for the “liberty and justice for all” they were fighting for.

On June 6, Mt. Olivet Church celebrated the wedding of Cassi Barbee and B.J. Jones. The church was decorated beautifully with small lamb’s ear wreaths on each aisle of the church.

A giant cross made by Daniel Beard was the center attraction, under which they pledged their vows, administered by Bro. Charles Reed, church pastor.

The couple’s nine month old daughter, Reagan Jones, was escorted to the altar in a beautifully decorated  wagon. Underneath her long, white dress there were two little bare feet. After all, do angels wear shoes?

Mt. Olivet Church always honors their high school seniors with a night of good wishes and celebration. On Sunday night, June 14, Trace Anderson, son of Scott and Betsy Anderson; and Lauren Grace Barbee, daughter of Kim and James Ray Barbee, were honored for their 12 years of hard work and accomplishments.

Nita Taylor and Amber Browning gave inspirational talks and a good time was had by all.

My new cabinets and flooring are in, and the project is coming along slowly – all of this because I flooded my house. My landline phone will be out a week or so until a new line can be run. When I get discouraged and think I don’t have time to do my column, I get such sweet texts from readers who encourage me to keep on going.

Such a text came last week from Nell Foshee, who fell while she was showing a house, and will be confined to her bed.

After all the suffering I am sure you must have, Nell, thanks for telling me how much you look forward to the column each week. Get plenty of rest and get well soon.