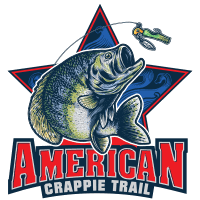 The American Crappie Trail (ACT) has announced it will hold its National Championship in Sardis and Batesville June 4-6.

The City of Batesville contracted with the tournament directors to bring the event to Sardis Lake and the Batesville Civic Center more than a year ago, paying $20,000 for the right to host.

For that $20,000, the City was to receive national exposure, including a short promotion video featuring the lake and other sites in and around Batesville. Organizers said the event would be televised on cable, but have not confirmed whether that is still on the table since the pandemic has changed plans.

This promoter and advertiser for top companies and anglers puts on crappie tournaments, with the intent to showcase particular products while in use at the highest level, and promises  the largest payout in the industry.

Firstly, due to the social distancing measures expected to be in place, they will utilize three ramps for daily launch – Engineer Point, Holiday Lodge Boat Ramp and Hurricane Landing.

Live well checks will be daily at Engineer Point, and according to the plan – which instructs that “anglers must stay in vehicles and a tournament official will check boats while anglers are in their vehicles,” a caution measure that they assure will enforce the 6-feet minimum of social distance.

The public is also instructed that during live well check, at the completion of fishing, “there will be absolutely no gathering or social interaction allowed.”  This also applies to practice days for the tournament.

Finally, fish will be checked by a tournament official at a weigh-in held outside Batesville Civic Center in a drive-through format, the plan notifies.

Anglers will have been required to print and fill out the proper paperwork prior to the weigh-In will be held outside at the Batesville Civic Center, where anglers are instructed to remain in their vehicles, allowing weigh-ins to occur one-at-a-time.  After a weigh-in, a team will be instructed to return to their vehicles while staff takes their fish to the release boat.

Tournament registration will also be held at the Civic Center.  All necessary paperwork for anglers to compete will be emailed to them and they will be required to print, complete, and have on hand.

Upon turning in the paperwork all anglers will be asked this series of questions that are lately all too familiar: