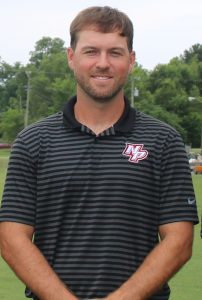 North Panola High School head football coach Carl Diffee has transformed the Cougars into a consistent winner with playoff appearances in each of his four seasons, including district championships in 2017 and 2018.

The school will now look for his replacement as Diffee resigned Monday to take the head coaching position at Milan (Tenn.) High School, 25 miles north of his hometown of Jackson, Tenn.

“Basically it was a offer that was too good to pass up,”  Diffee said.

“They approached me the week after our season was over and offered me the job. I did a lot of praying about it, and it was a tough decision, but it was a chance to get back closer to home.”

Diffee spent eight seasons at North Panola, four as an assistant and four as an head coach where he compiled a 45-10 overall record and was 7-3 in the post-season.

While returning to his old stomping grounds, Diffee said the north half of Panola County will always be his second home.

“Sardis, Como and Crenshaw will always be home to me. The people in that community knows what its like to work hard and be successful and I am thankful to be a part of that,” he said.

“The administration and faculty at North Panola have been a joy to work with and I would not trade the coaches that we have here for anything,” Diffee said.

“It was just an honor to help guide an outstanding group of student athletes we had at North Panola both on a off the field. Our motto has been brick-by-brick and that’s building a foundation from the ground up into something that will be successful for year’s to come.”

Over the four years with Diffee at the helm, North Panola defeated rivals Charleston and Water Valley for the first time in over 25 years and posted a 10-win season in more than a decade.

Also under his guidance, the football program improved its playing field and dressing rooms among other repairs and rehab projects.

Diffee led the effort to have an indoor practice facility built adjacent to the home locker room. That facility is almost complete, and the team used it several times for workouts before the season ended.

If an idle mind is the devil’s workshop, an unlocked car is his playground. “I just can’t say it enough,... read more