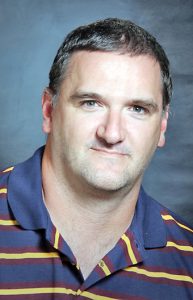 North Delta had two main objectives leading into its Friday contest at Rossville Christian School. The first was, obviously, to get a win and number two was to come away with no injuries.

The Green Wave pretty much accomplished both despite playing on a chilly, damp night in Tennessee,  coming home with a 50-0 romp over an out-manned Wolves squad.

The 50 points marked the third most points scored in school history behind only a 54-0 win over the same Rossville squad in 2017 and 63 points in 1987.

Green Wave coaches opted to hold the scoring at 50, even attempting field goals on first-and-10 plays inside the red zone.

North Delta improved to 6-2 on the season and has a mnajor district showdown at Clarksdale Lee Academy looming Friday.

Lee is 1-0 in district play despite falling to Indianola Academy on the road Friday.

Rossville showed little resistance to North Delta as the Wave scored all of its points in the first half while leading 30-0 at the end of the first quarter.

A running clock was imposed midway through the second quarter.

Jordan Cox and Jimmy Maunes scored two rushing touchdowns each and Ryan Gibson ran for one score and threw for two in the first half.

The Green Wave registered 393 total yards while holding the Wolves to 105 yards.

Manues ended the game with 134 yards rushing with  scoring runs of 52 and 17 yards in the second quarter.

Cox got North Delta on the board with a four-yard run at the 8:13 mark of the first quarter then added a 69- yard touchdown pass from Gibson later in the frame.

Cox reeled in 105 yards receiving, 32 rushing and four tackles on defense while Gibson crashed in the end zone from one yard out and connected with Tyler Hall on a 10-yard pass in the first quarter.

Dalton Barton returned his second “Pick 6” of the season in the second quarter on a 41-yard interception return while registering three tackles.

Martin Wolfe paced the Wave with five stops and a forced fumble on defense.