Sardis Mayor and Board of Aldermen Sworn 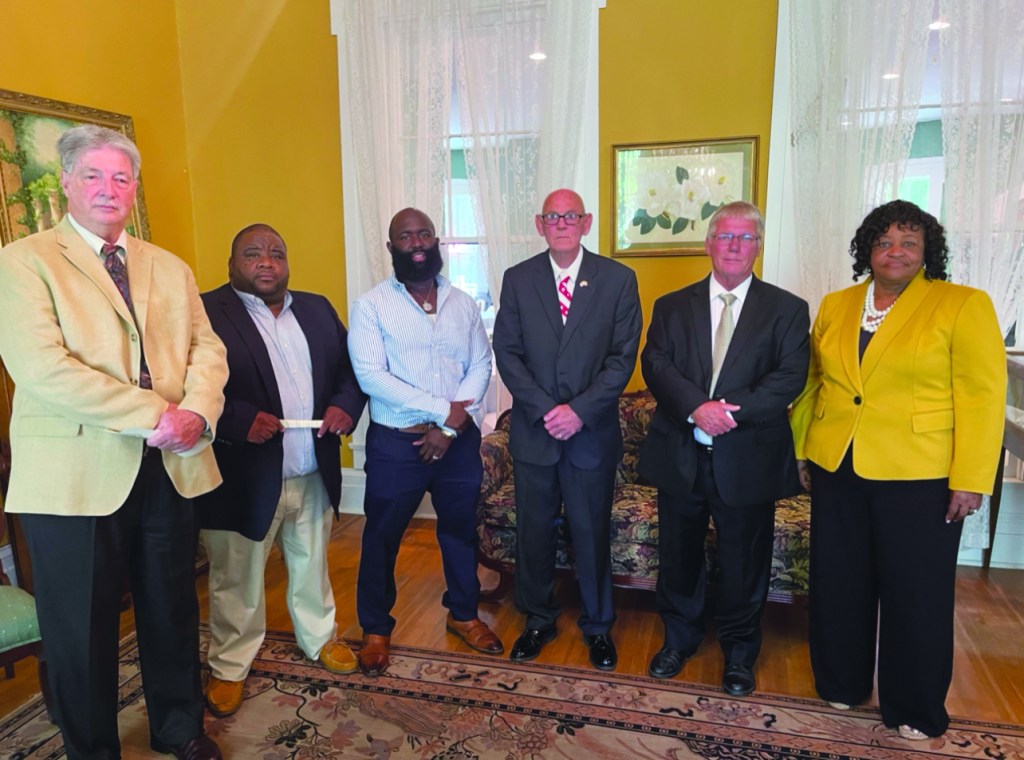 The town leaders of the Sardis Mayor and Board of Aldermen who will begin their terms of service for the next four years were given the oath of office in a short ceremony on Wednesday, June 23, at the Heflin House Museum on Main Street. Pictured are Alderman Billy Burkes (Ward 4), Alderman-at-Large Michael Price, Alderman Letherio Mosely (Ward 2), Mayor Richard McCarty, Alderman Joseph Still (Ward 1) and Alderman Bonnie Smith (Ward 3). Aldermen Price, Still, and Smith have each served previous terms, and Aldermen Mosely and Burkes were elected on June 8. Mayor-elect McCarty was Ward 4 alderman before running for the higher office this year. (Contributed)