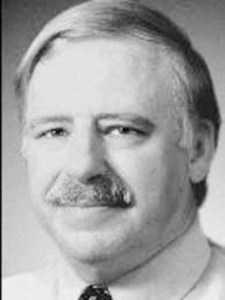 “I pledge allegiance to the Flag of the United States of America, and to the Republic for which it stands, one Nation under God, indivisible, and with liberty and justice for all.”

Really?  Justice for all?  For George Floyd?  No, he received police brutality, an injustice that was fatal to him and which inflamed and reframed racial injustice in America, vintage 2020.

For my generation, the black experience in America was humanized by Alex Haley’s 1977 TV miniseries, Roots: The Saga of an American Family.   We were introduced to Kunta Kinte, a young African slave transported to Maryland in 1767.

Americans of all colors were galvanized by Haley’s gifted story-telling, his book winning a Pulitzer Prize and the Roots TV series attracting a record 130 million viewers while also igniting a new nation-wide interest in family history and genealogy.

I attended Haley’s speech at the University of Florida in 1981 and learned that he also has white Irish ancestry.  When Haley went to a small village in Ireland to document that linkage, he felt uncomfortable by people staring at him.  But he was assured by a village elder that the stares were not racial discrimination, but rather due to his being Protestant.

I exchanged letters with Haley, telling him of my cache of eighteen family letters from Ireland, dating from 1792 to 1827.  His reply said: “Your letters and story naturally thrills a buff of history like me.  On my first trip to Ireland I heard nice clean-cut youth talking matter-of-factly how on the previous night some Protestants had killed some Catholics — also youth like themselves.”

Haley encouraged me to write, to “communicate more insight into…the whole Irish confrontation which even yet mystifies me.”  It would take a library of writing to analyze the Irish Troubles involving “Protestant, Catholic, and Dissenter” — and with links to British history and involvement.  My people were Dissenters — non-Anglican Protestants, specifically Scotch-Irish Presbyterians like Davey Crockett, Andrew Jackson, and Ulysses S. Grant.

I tried to follow Haley’s advice, making eight trips to Belfast and immersing myself in the conflict, often at some peril.  A plastic bullet fired during a riot nearly took off my ear. But I did manage to write many newspaper articles about the Troubles.

One of my visits in Northern Ireland was to the Mountain Lodge Pentecostal Hall, a one-room wood building with a green metal roof that was attacked by terrorists one Sunday morning.  They Swiss-cheesed the church with bullets, killing three people and wounding seven.

I took my family of five to a Presbyterian church service one Sunday.  When I asked why only one church window was stained glass, the others being plain glass, I was told that a car bomb had shattered all but that one pane of the stained-glass window above the altar.

That same Sunday a policeman named Stanley Wray was also taking his family to church, walking hand-in-hand with his son and daughter, when he was shot in the back by terrorists.

I found these church killings the most chilling.  A Catholic girl named Mary Travers was killed leaving St. Bridget’s Catholic Church in Belfast.  Her father was targeted because he was a Catholic judge — the bullet that killed Mary passed through her father first.

When Rodney King was beaten almost to death in Los Angeles in 1992, I wrote an article comparing the American black minority to the Catholic Irish minority in Northern Ireland.  They were called “the blacks of Belfast,” and their march from Belfast to Derry was an Irish echo of our Selma to Montgomery civil rights march.

That Rodney King article ended with a chilling quote from the Irish Republican Army’s Chief of Staff: “The lesson we learned from the American Negro was that they could not get anything unless they organized and demonstrated to demand their rights.”

The IRA commander went on to suggest that American blacks could copy them by adding a military wing to their peaceful political movement.  I pray they don’t.  The IRA campaign against the British Army and Protestant paramilitaries took many lives and caused havoc for three decades.

The phrase finally heard in the streets of Belfast and Derry was “Enough is enough.”  Haven’t we had enough here?  Can we honor the memory of George Floyd with peaceful progress in civil rights and related legislation?

But the bigger question on this American Flag Day is can we pledge allegiance to that flag — with or without kneeling.  Our colors are red, white, and blue, but I’m willing to also see — and honor — red, white, and black.

James F. Burns is a retired professor at the University of Florida.