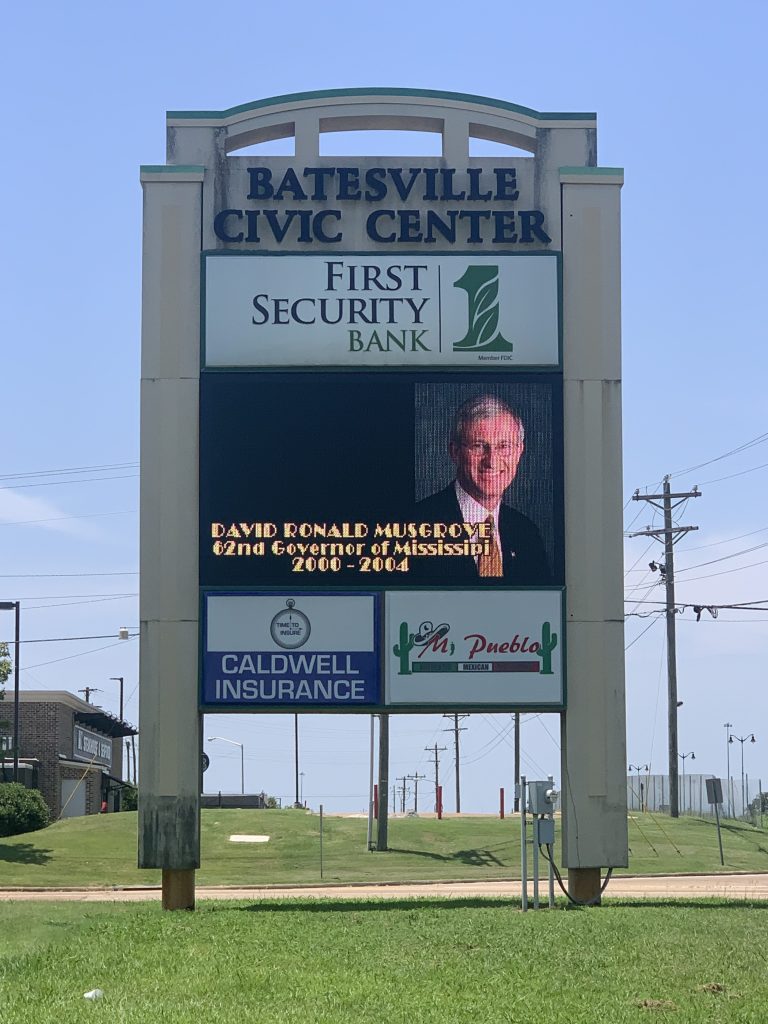 Digital billboards on I-55 and Hwy. 6 will promote Batesville

With recession worries and rising cost for goods and services, Batesville aldermen have been wary of new spending while working on the upcoming fiscal year budget. But, they have found room in the numbers to fund a request by Mayor Hal Ferrell to purchase a digital billboard to promote the city to interstate highway traffic.

Ferrell, who took office just over a year ago, has found himself at odds with the city’s aldermen for most of his term so far and has asked the board to fund very few specific projects. Of those, the board has voted in favor for projects such as new street signs for those that have fallen or faded over time.

During a budget workshop last week Mayor Ferrell made a presentation to aldermen about his ideas for promoting the city to passing motorists, including the news that a large digital sign would cost the city at least $250,000.

The mayor seemed prepared to justify the costs with facts and figures, but surprisingly, the aldermen unanimously agreed with the concept and quickly signed off on the project, instructing City Clerk Susan Berryhill to include a line item appropriation for the sign.

“I think that’s a good idea, mayor, and I know those kinds of things are expensive,” said Aldermen Stan Harrison. Fellow council members agreed, with Teddy Morrow noting that advertising options would help recoup some of the initial costs.

“Thank you, gentlemen, that was easy,” Ferrell responded, clearly impressed with the board’s reaction. The speed of the approval was noted by others familiar with the city’s budget meetings, where aldermen have pondered each request, and have made allowances for few increases, and no new spending other than the mayor’s sign.

Ferrell told board members it is also important for Batesville to retain the national recognition brought by the championship years of the South Panola High School football team, and the National Football League players it has produced.

“These are major accomplishments by these young men to reach the NFL and we always need to let them know we are proud of them and proud of what they mean to Batesville,” Ferrell said. “Thousands of people will pass these signs and we want them to know about not only our sports accomplishments but all kinds of things about our wonderful city.”

The proposed sign will take the place of an old wooden sign the city already owns on the west side of I-55 facing southbound traffic between Sardis and Batesville.

Ferrell said he has already made initial contacts for hosting corporate advertisements on a digital sign, but also wants local merchants to have an opportunity to place their images and promotions in front of interstate traffic.

“These signs run day and night and it will be a great opportunity for Batesville and letting people know who we are,” he said.