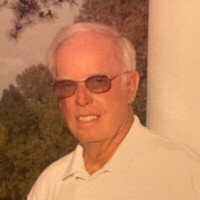 Lent Ervin (Sonny) Thomas, Jr, died Tuesday, Aug. 2, 2022, at Panola Medical Center in Batesville from a brief illness. He was 92.

In addition to his parents, Lent was preceded in death by his first wife, Mary Ruth Mobley, his sons, William Jackson Thomas and Monty Mobley Thomas, and sisters, Lucille Thomas Gore Monk and Inez Thomas Warren all of Batesville. He leaves his wife of 54 years, Linda Ford Thomas, his daughters Maribeth Thomas Haire (Billy) of Batesville, Carolee Thomas of Memphis, and sons Lent (Tripp) Thomas, III (Beth), James (Jim) Thomas (Amy), and John Ford Thomas (Amy) all of Batesville. In addition to his children, Lent leaves behind fourteen grandchildren, twenty-nine great-grandchildren, and numerous nieces and nephews.

After graduation from Batesville High School, he graduated from Mississippi State University with a degree in agriculture and served in the US Army at Fort Knox, KY. After discharge, Lent returned to Panola County where he farmed for over 60 years.

For many years, he served on both the South and West Panola school boards and on the Panola County Farm Bureau board. Lent was a member of the First United Methodist Church in Batesville where he served in various capacities.