MS car tags will be lower due to sales increase 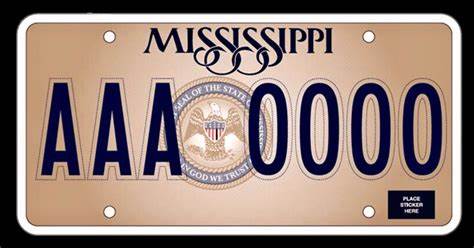 The 1994 Mississippi Legislature authorized a credit to car owners in the amount of 5% of the assessed value of the motor vehicle to provide a tax break to the registered owners.

The revenue generated from the sales tax on motor vehicles goes into the fund. The tax loss created each month from vehicle registrations provides the figures used to reimburse the local governments.

State Senator Scott DeLano spoke recently about how due to the increase in car sales over the past year, Mississippians’ car tags will be lower.

“I have people who called me who were going to purchase their tags or renew their tags for automobiles and noticed that, in some cases, their renewal fees were higher in 2021 than they were in 2020,” Senator DeLano said.

“People were wanting to know why their taxes went up,” DeLano continued. “The reality of it is that the taxes did not go up, the tax credit actually went down.”

DeLano said that it is two different types of taxes that are counterbalancing each other. The State Senator of District 50 said that the Legislature uses Sales taxes collected at the sale of a vehicle to offset part of the county Ad Valorem taxes collected when a tag is bought or renewed.

“Some of the sales taxes that are collected go to off-set or provide a tax credit for people when they go in and renew their car tags. And that credit shows up on their tax bill as a legislative credit,” DeLano added.

The Coast State Senator explained that in 2021, that credit was extremely low and now the state is seeing in 2022 the tax credit that is being added back is significantly higher, thus the overall tax that people owe for renewal of their tags is significantly less than it was just a year ago.

“And that’s attributed to the rebound that we’ve seen in the automobile sales in 2021 and 2022,” DeLano said.

“The tax revenue that’s collected from car tags goes to county and city jurisdictions, so it’s taxes that are a benefit to them. Sales tax, a portion of that sales tax, goes to the state. The rest of it goes back to the city,” DeLano explained. “So, the state, in 1994, decided to give back the state’s portion of the sales tax to this legislative credit. And then that’s where that money comes from.”

This article first appeared on the Y’all Politics website.