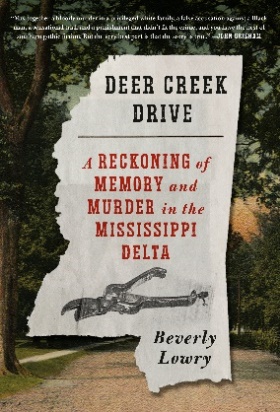 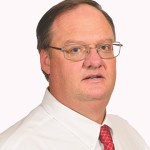 Publishing houses often send newspapers advance copies of books for review, hoping to drum up interest for a soon-to-be released manuscript. Editors get weekly emails describing the books and asking for permission to send a copy – it’s wonderful for avid readers and I see a wide variety of new work.

An email this week about an upcoming book set in the Delta has me intrigued and waiting anxiously for its arrival.

Deer Creek Drive: A Reckoning of Memory and Murder in the Mississippi Delta by Beverly Lowry is due for release early next month. She will sign books and discuss the work at the Mississippi Book Festival in Jackson (Aug. 20) and at Square Books in Oxford (Aug. 24).

I’m very familiar with the house where Ruth Dickins murdered her mother. It was four houses down from our first home on NW Deer Creek Drive and I often walked by it while out for strolls with my dog Rex and my toddler Lillian. So it’s been more than 20 years, but I still remember being a little spooked each time I passed.

As a fresh, young newspaper editor I tried to learn more about the murder and even thought about a book, but there wasn’t much interest from the town’s people. Mrs. Dickins, after all, was still living and teaching her children’s class at First Baptist Church.

There was scant coverage in the newspaper’s files of the terrible crime, but a few readers who were her contemporaries filled me in on the details. Sordid to say the least was the alleged motive. It’s not something I care to discuss much, but the reaction of the law enforcement authorities at the time, along with her family and friends, has always been a fascination with questions that were unanswered.

I’m hoping the new book will help answer the questions. The author was 10 at the time and lived in neighboring Greenville. She remembers the events, and it seems her research focused on the crime in relation to racial and social norms of the time.

Here is what I believe to be reliable accounts of the crime and punishment. This mostly comes from first hand accounts told to me by my former secretary who was a close friend of Ruth Dickins and from a long feature that LIFE magazine ran sometime in the 1950s.

I suspect Jimmy Smith at the pawn shop on Van Voris Street also has some relevant information as he was living there at the time and knew many of the people involved.

Seems that Ruth Dickins used a pair of gardening shears to mutilate her mother in the bathroom of her mother’s home. Ruth and her husband and children lived in their own home. Before the scene was secured a Sheriff’s official cleaned up some of the blood and nobody suspected the daughter, who said a black man did the crime.

In short, local law enforcement pulled together and laid the blame on this mysterious intruder although there was no evidence. This was a society family and no one wanted to believe, apparently, that Ruth could commit such a crime.

Finally, the law was forced to arrest and charge her in the face of unquestionable evidence. She was convicted and given a long sentence. From what I gathered, though, she was treated like no other prisoner convicted of murder.

I’m hoping the book has more details, but her friends told me that she lived in the Greenville jail almost as if she were free. People brought her meals and visited regularly and I do remember seeing a photo of the Deer Creek Garden Club holding their monthly meeting inside her cell when it was her turn to host.

In the photo, a group of society ladies are sitting behind the bars and having a fine little meeting complete with a serving table holding finger sandwiches, fruit, and cups for tea and coffee.

Someone told me they let the convicted woman out of jail for special occasions like Debutante and Cotillion events.

After less than 10 years the Mississippi Governor (Bilbo, I think) turned her loose for what was a reported sizable cash exchange.

I spoke with Mrs. Dickins just a few times about her subscription or a Garden Club tidbit. When I wrote her obituary there was no need to mention the unpleasantness of her youth.

At her funeral at First Baptist, Bro. Jon Doler read from the 23rd Psalm and talked about how God will keep and restore his sheep. Bro. Jon didn’t mention the murder either, of course, but we understood the point he tried to make.

Look for this book if you enjoy reading Mississippi history and true crime. It should be a great read.

Here’s what another Mississippi author who knows something about good books said:

“Mix together a bloody murder in a privileged white family, a false accusation against a Black man, a suspicious town, a sensational trial with colorful lawyers, and a punishment that didn’t fit the crime, and you have the best of southern gothic fiction. But the very best part is that the story is true.” – John Grisham