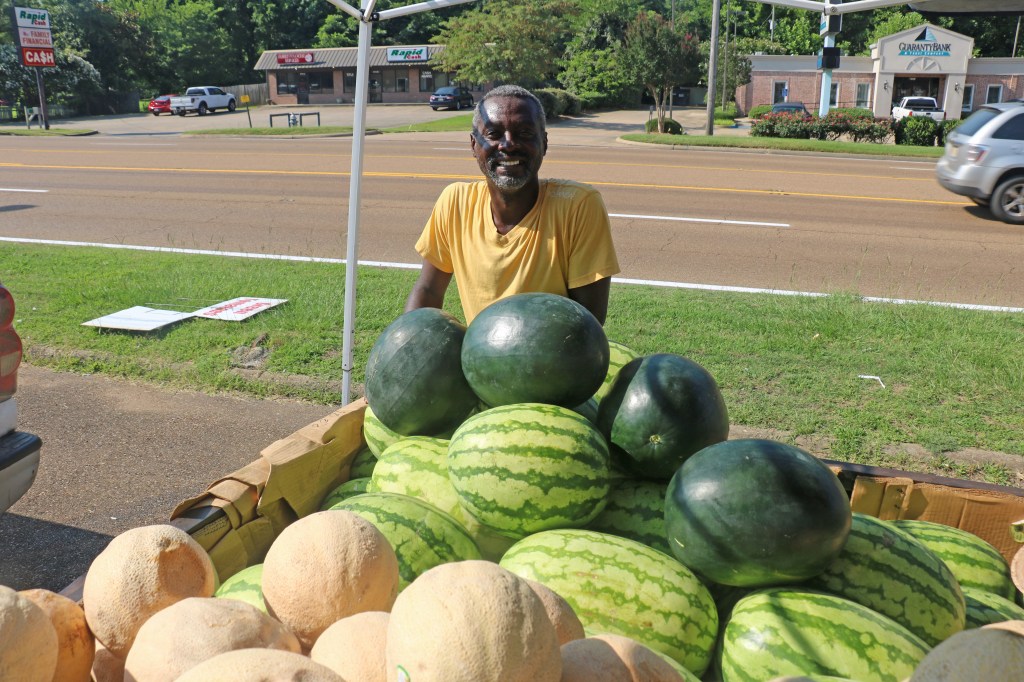 Anthony Fondren of Pope has been selling produce around Panola County for years, and agrees with crop specialists at Mississippi State University about this year’s watermelon harvest.

“The watermelons are good this year, and they’re gonna get better,” he said.

The MSU Extension service says melon quality is indeed good, and the dry weather that has been hurting other crops is just what watermelons needed. Because there hasn’t been an excess of water this spring, the melons are sweeter.

Watermelons need rain early in the growing season, but too much rain later on can dilute sweetness and introduce disease.

Early season melons, like the ones Fondren was selling on Hwy. 6 Tuesday morning come from South Mississippi and the Southeast in general. Watermelon crops in North Mississippi are usually ready for harvest the first weekend in July.

Juicy, sweet melons are plentiful across the Southeast with the favorable growing season, which should mean average, or even lower than normal prices for consumers, the Extension Service noted.

According to the U.S. Department of Agriculture Crop Progress and Condition report made public June 12, the state’s watermelon quality is 67 percent good and 31 percent fair. The same report said harvest is 10 percent complete compared to 7 percent a year ago.

The Department of Agriculture’s report verifies what Fondren said he has known for a month now, and has been telling his regular customers.

“Nothing helps a hot Mississippi day like a cold watermelon,” he said. “We are lucky to have a good year and everybody needs to be eating watermelons.”

Photo: Anthony Fondren and his helpers were busy early Tuesday morning selling a variety of fruits and vegetables, and especially watermelons.