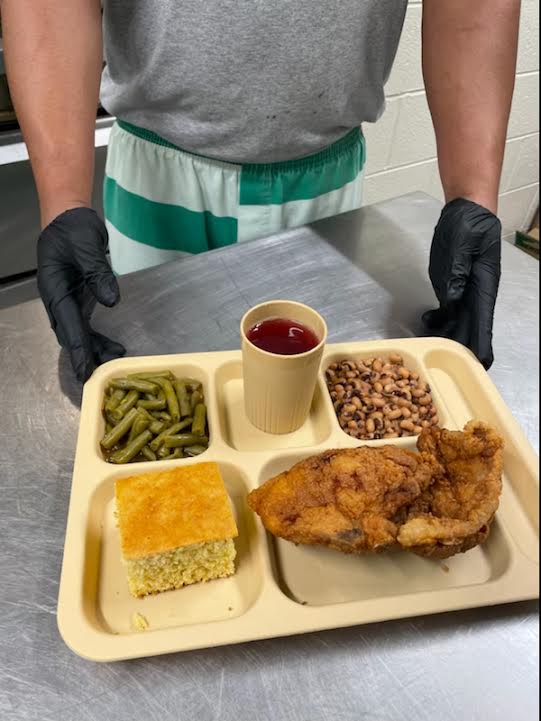 Panola County supervisors this week amended the jail budget after approving an increase of 50 cents per plate for meals provided to inmates. The increase will cost taxpayers about $60,000 a year, according to County Administrator Kate Victor.

Supervisors reluctantly voted unanimously for the increase, basing their decision on the rapidly rising cost (and availability) of most food items, and acknowledging that people incarcerated at the David Bryan Justice Complex “gotta eat, too.”

Tony Barragan, who owns Bim Bam Catering, has won the bidding for providing meals for inmates for several years.

Price per meal cost approved by the supervisors under the current contract was $1.35 until supervisors approved an increase of 15 cents in 2020 during the height of the Covid pandemic.

With the 50 cents increase approved this week the county will now pay $2 per meal served.

The company uses jail trustees to cook and serve meals and also operates a commissary where snacks and sundries can be purchased by detainees.

“Eggs are high, and that’s when you can get them,” Barragan told the Board of Supervisors Monday at the Batesville Courthouse.

“I’m asking for an increase because of the food prices that everyone is aware of. There have also been price increases on commissary items, but we have decided to leave that alone and everything in there will stay the same,” he said.

Fully aware of the steep increases at grocery stores, the supervisors voted 5-0 for the 50 cent increase. The jail averages 115 inmates a day, and about 2,700 meals are served each month.

Victor told members her figures show the county will be spending about $5,000 extra a month for meals, and recommended the budget amendment.

Supervisor Chad Weaver suggested the county have a garden at the jail, but noted “we would probably get in trouble for letting inmates get sunburns” and voted for the increase.

Bim Bam Catering has nutritional guidelines to follow, and must plan menus carefully to balance food costs with other factors, including choosing meals that a majority of the incarcerated will want to eat.

“We work hard to keep meal costs down because this is a competitive business, but I think the average citizen would be surprised at the meals we are able to serve for less than two dollars,” Barragan said.