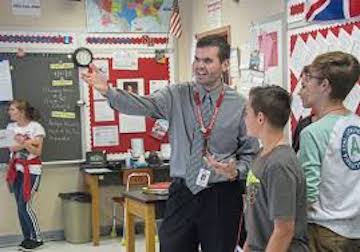 Last week, Speaker of the House Philip Gunn (R) announced that a conference report on a teacher pay raise had been signed by members of the House of Representatives that reflected their position on the issue. Rep. Bennett said they took into consideration portions of the Senate’s stance.

“We delivered the conference report for the best plan that has been put on the table,” Speaker Gunn said. “We passed the teacher pay raise bill the second week of session and we believe this is the way we need to go.”

The Senate’s $246 million proposal would raise base teacher salaries by an average of $5,140 and teacher assistant salaries would see an increase of $2,000. A Class A teacher with a baccalaureate degree would start at $41,500.

At five-year marks in a teacher’s career up to Year 20, teachers would receive a larger increase between $1,200 and $1,350 based on their certification. They would receive a $2,500 increase at Year 25.

Under the Senate plan, teachers would also receive annual step increases of between $400 and $600 at most every year, including in the first three years of teaching.

In an interview following the meeting, Rep. McCarty outlined the next steps on the teacher pay raise bill negotiations following the Senate proposal in conference.

McCarty said that they would go down to the House budget office and rerun the numbers to make sure everything checks out, adding that he would meet with the Appropriations Chairman to run the increase in pay by him and go from there.

“If we can get all of that done today, this morning, and get our final approvals on our side, we could have this out and to the Governor as quickly as possible,” McCarty said.

“For the second year in a row, the Senate saved the teacher pay raise bill by prioritizing people above politics,” Lt. Governor Delbert Hosemann said in a press release. “Senate Education Chairman Dennis DeBar developed this plan with the input of countless teachers with whom he met during the fall. We appreciate Representatives McCarty, Felsher, and Owen meeting with Senators DeBar, Bryan, and Hopson to finalize the bill and move it to the Governor’s desk.”

Representative Kent McCarty discussed the plan on Twitter and how it was a privilege to work on this legislation with his colleagues. He thanks Senate Education Chairman DeBar for his work to ensure this historic pay raise made it across the finish line.

The conference report has been filed. You can view it below:

Conference Report for Teacher Pay Raise by yallpolitics on Scribd