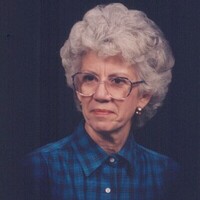 Funeral services will be 10 a.m. Saturday, March 19,  at Pope Baptist Church with the interment to follow at Antioch Cemetery in Courtland. The family will receive friends Friday evening, March 18,  at Wells Funeral Home from 5 to 8 p.m.

Lillian was born on April 25, 1933 to the late Guy Campbell and Myrtle Baker Campbell in Dekalb.

She was a member of Pope Baptist Church where she was very involved in the WMU and VBS but was always willing to help with any church activity that she could.

Lillian graduated from Cleveland High School in 1951 in Kemper County.

She graduated from MS University for Women in 1955. She worked for the MS State Extension Service for four years. She then married R.F. Rowsey in 1958. She soon became a stay-at-home mom to her children Angelia, Kent and Perrin.

She later worked for 14 years at Pope School as a teacher’s assistant. She excelled at Teaching and encouraging children one on one.

Lillian was a loving wife, mother, and grandmother who was devoted to her faith and family. She was loved early by her family, and all who knew her felt blessed to have such a kin, sweet person in their lives.

Lillian was an avid reader and enjoyed gardening, sewing, and cooking. She was known as a prayer warrior and an encourager to many.

Memorials can be sent to Pope Baptist Church or to a charity of their choice.