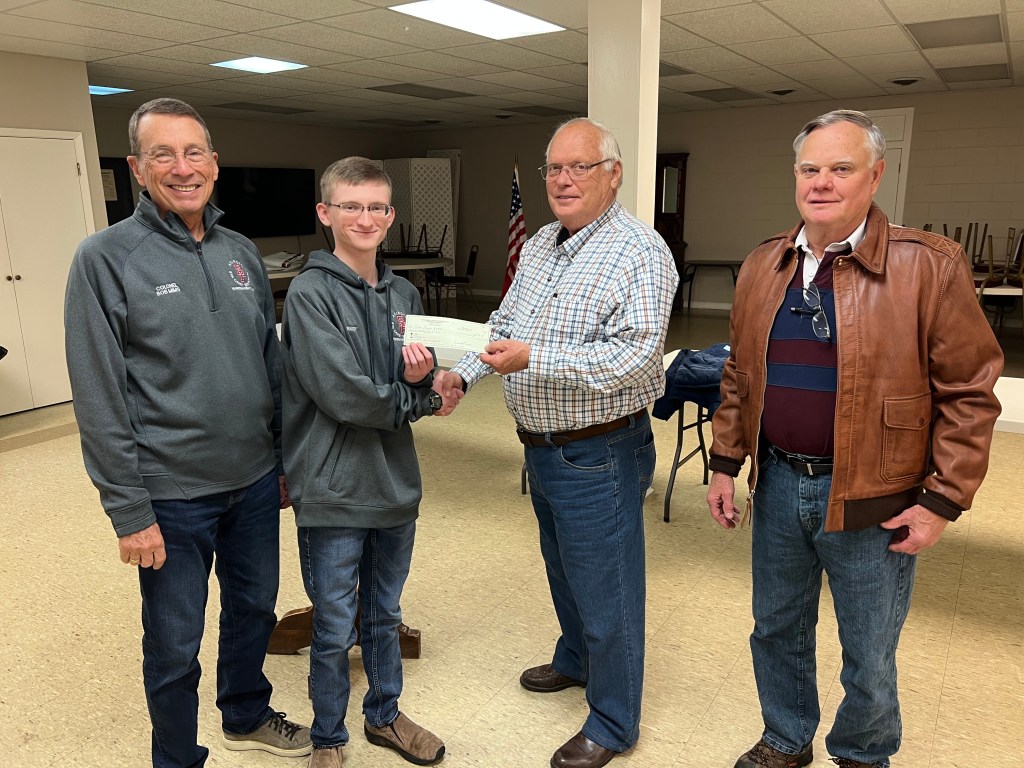 South Panola’s Air Force Jr. ROTC Rifle Team won its fourth National Championship in February under the direction of Col. Robert Mims and led by National Individual Champion Logan LcCool. The coach and captain were invited to a recent meeting of the Exchange Club of Batesville where Danny Jones and Keith Ales presented the team with a check for $250 to begin a drive for the purchase of championship rings for the student athletes. Rings were approximately $250 each when the team won its last championship, and Col. Mims said prices are expected to be more this year. He thanked the club, businesses, and individuals who have contributed to the purchase of championship rings in the past and for this winning team. To make a donation, or have Col. Mims speak to a club or organization, contact him through the South Panola High School main office at 662-563-4756.