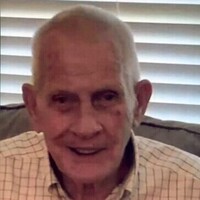 Jerry Walton Hopper,  80, passed away Sunday, Jan. 16, 2022 at his home in Pope.
Funeral services for Jerry will be held at 2 p.m. Thursday, Jan. 20,   in the Martin Willingham Memorial Chapel of Wells Funeral Home with the interment to follow at Chapel Hill Cemetery. The family will receive friends beginning at noon prior to the funeral service.

Jerry was born on April 27, 1941 to the late Paul Walton Hopper and Hattie Magee Hopper in Memphis. He was retired from the Corp of Engineers in Enid where he was a Civil Engineer Technician and a longtime member of Liberty Hill Baptist Church. Jerry always stayed busy, whether he was hunting, fishing, gardening, doing small engine repair or carpentry work. He was an avid outdoorsman and loved spending time with his family. Jerry enjoyed telling stories and always made people laugh. His infectious smile and personality will be deeply missed by all who knew him.

Jerry’s memory will be cherished by his children, Tina Hopper Anthony (Allen) of Hernando, Eric Wayne Hopper (Sherry) of Coldwater, Scott Hopper (Kimberly) of Batesville, and Jon Gregory Hopper (Rhonda) of Hernando; 13 grandchildren, Ashlee, Audree, Cody, Shane, Colton, Walt, Emily, Erin, Daniel, Catherine, Zach, Zane, and Meredith; and 17 great grandchildren.
Along with his parents, he is preceded in death by his wife, Fay Hopper; and two siblings, Beverly Wooley and Bobby Hopper.
In lieu of flowers, donations can be made in Jerry’s name to the Chapel Hill Cemetery Association, 1966 Leslie Rd, Pope, MS 38658.