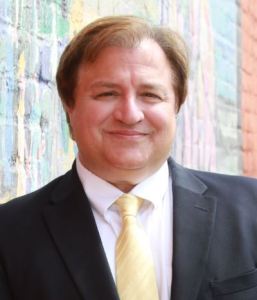 Calendar year 2021 was one of growth for the county, both north and south, with new plants locating here and several major expansions started or announced. The estimated $76 million in capital investment with those projects will result in the creation of several hundred non-covid related jobs, said Panola Partnership CEO Joe Azar.

Over the past 12 months Azar logged thousands of travel miles and his office staff spent hundreds of hours putting together presentations for prospective industry. Some were small projects with the potential to add a few jobs to the local economy, and others were much larger with the potential to make a serious impact on employment numbers in Panola County.

“Big or small we tried to give each project our best effort,” Azar said. “Our office did a tremendous job this year, and the results speak for themselves. This was a banner year for Panola County and we have more good news to announce in the new year.”

“The progress of economic growth can be hard to see in a community sometimes because projects move slowly and major news doesn’t happen every week. This has been a great year for Panola, though, and I’m very proud the Partnership was able to be part of many successful projects throughout Panola County. It’s important that we work to grow all of the county because any growth ultimately improves opportunities for all of us that live here.”

Azar is quick to attribute the Partnership’s successful 2021 in attracting industry to strong backing of the county’s board of supervisors and the aldermen in Batesville, Sardis, Pope, Courtland, Como, Crenshaw, and Crowder. Good relationships with state legislators and Congressional representatives and senators also mean his office can seek the direct support of elected officials when appropriations of industry enhancing grants and loans are made in the region.

Much of the Partnership’s industry recruitment efforts are focused on facilitating meetings that bring together state and national officials with investors and business owners in hopes of matching available loans and governmental investment with potential projects.

The Partnership’s resources and ability to present an array of information to potential industry entities can be the difference in landing a new business, or helping current plants secure loans for expansions.

Some of the highlights of the county’s economic growth during 2021 include the following.