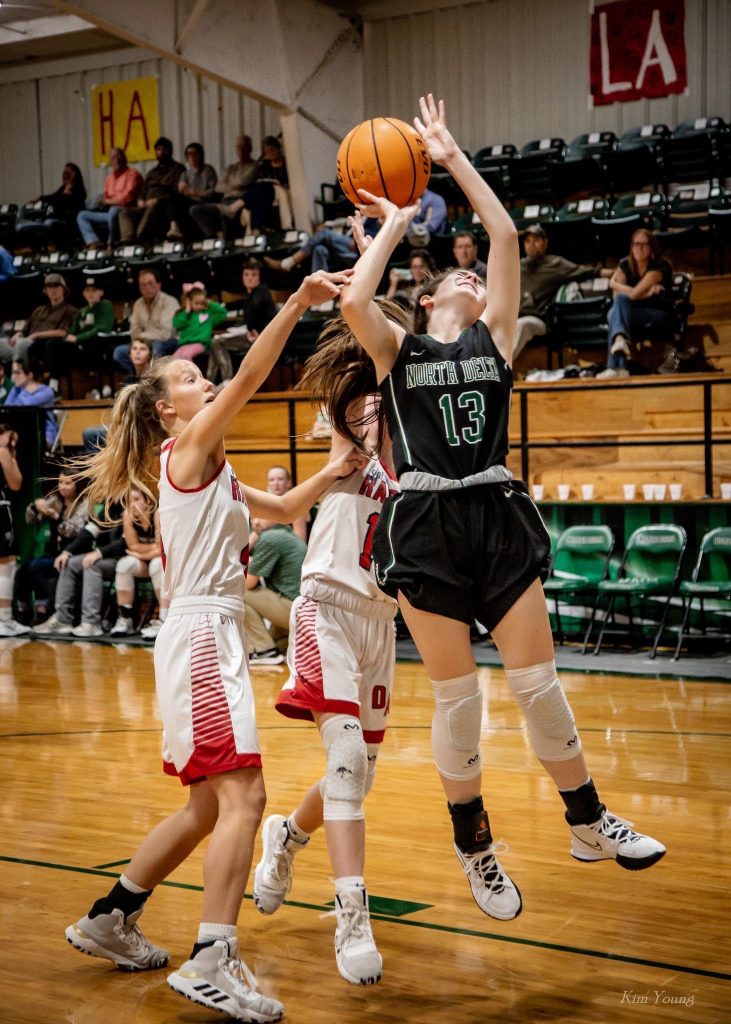 With one week left before district play begins, the North Delta Lady Green Wave seems to have found its groove after starting the  season 2-3.

North Delta boys basketball did not take part in the tournament.

The Lady Wave (9-3) overcame a sluggish start to defeat the Raiders in the final game of the two-day tournament Tuesday.

North Delta could not find the bottom of the net early on, but Shelby Boone’s field goal with 48 second left in the first quarter gave the Lady Wave a 7-5 lead.

Senior Sadie Gray provided a spark with eight of her game-high 16 points in the second quarter with Autumn Boone and Breck Brewer added four points each as North Delta took a slim 23-21 advantage at intermission.

North Delta began to pull away as the second half got underway as they held Delta to four points in the third quarter while leading 34-25 after three quarters. The Green Wave shot 23-of-55 from the floor and 7-of-12 at the free throw line.

Shelby Boone poured in season-high 26 points including two free throws with 2.6 seconds left to play in the overtime period as North Delta overcame  a nine-point deficit in  the fourth quarter to defeat the Blue Devils.

Williams added 12 points in the victory with Ellie Gray chipping in with four points.

Brewer and Miller accounted for three points and Emily Wells rounded out the scoring with one point.

North Delta started a three-game road trip this week as they visited Marvell, Ark, Monday (Nov. 29) then to Indianola Tuesday (Nov. 30) before traveling to Rossville, TN, next Tuesday (Dec. 7) in the district opener. All the games have 4 p.m. starts.