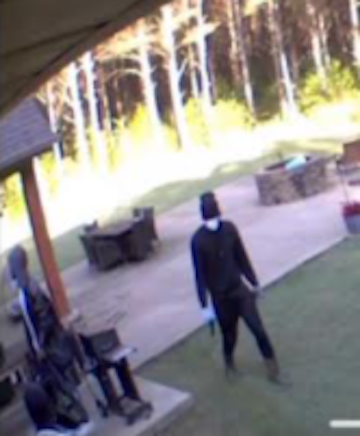 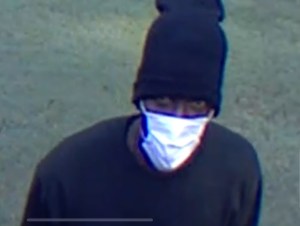 A Panola County family was stunned to see home security camera footage of three armed men walking around their home located on McClyde Rd., northwest of Como in a rural part of the county Wednesday morning.

Jonathan Brackeen was busy working at Wade, Inc., and didn’t notice the alert on his phone when his home security camera recorded what appears to be three male subjects walking around his property – one carrying a backpack and holding what looked to be an automatic-style short rifle.

Another subject can clearly be seen with a handgun. All three were wearing masks.

Brackeen said the security footage alert hit his phone at 9:20 a.m. It was first time the cameras have recorded any trespassers on the property, which is off Parks Place Rd., and just south of Hwy. 310.

“There is always some people who go around breaking into houses, I guess, but you don’t expect to see people showing up with guns,” he said. “When they start coming with guns, it’s a different story.”

Brackeen said the men spent time circling the house and looking through windows, but didn’t break in, probably because the family has a large dog the men could see through the back patio doors.

“On the video you can hear him barking really loud, and I’m sure that’s what kept them from coming in,” he said.

Sheriff Shane Phelps said investigators have circulated the photos from the footage and are following leads to find the men.

“We are working on this hard like we do every case, but as of right now I can tell you that we don’t have a crime spree going on in the Como area,” Phelps said, adding the only other call of a break-in, or attempted burglary, in the past week came from an area east of the interstate and Como.