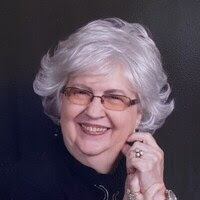 Rosa Lee was born on Feb. 7, 1933, to the Waddie and Eunice McCoy. She would be the only child of this union. Her childhood was spent traveling between various communities as a result of her father’s job with gins throughout the delta. Rosa Lee enjoyed these happy years playing with her large extended family of cousins.

While she had many beaus, she chose Jesse L. Canon as her husband after graduating from Sardis High School. In 1953, they began their family with the birth of their oldest child, Gwendolyn. A few years later, wanting to grow their family, the couple adopted a daughter, Cindy. Jesse’s job as an engineer carried the family to various locales throughout the state such as Cleveland, Clarksdale, and Gulfport.

Rosa Lee made a stylish and comfortable home where the family settled. She painted, sewed, and cooked like most housewives of that era.

Years later, empty nest syndrome occurred and the times changed. Rosa Lee began her own adventure. She joined the workforce at the University of Mississippi and later, at the Batesville Public Library. Rosa Lee relished her time working. She readily provided information and assistance to Ole Miss students, their parents, and the community at large. Some of her retirement years were spent volunteering at the Batesville First United Methodist Church.

Rosa Lee enjoyed antiquing, needle work, reading, and playing bridge. She had a wealth of knowledge on butter molds, spooners, pressed glass, cut crystal, and furniture. She filled her home with these collections and readily educated anyone curious enough to inquire about them. Clothes and jewelry were another passion of hers. She never left the house and rarely received visitors unless she looked her very best.

A true love of Rosa Lee’s were her Yorkshire Terriers. Over the years, she had numerous Yorkies. They were her “service animals” long before the term was coined. These dogs provided her with companionship, loyalty, and comfort.

A source of tremendous joy and pride for her was her only grandchild, Nathan. She adored him, doted on him, and deeply mourned him upon his untimely death.

Rosa Lee suffered many losses in her lifetime. She buried her parents, her husband, her grandson, and both of her daughters. Through her grief, she never lost her sense of faith.

Rosa Lee requested that, in lieu of flowers, memorials be made to either the Panola County Humane Society, The Magnolia Cemetery Fund, or The Cross.

Funeral arrangements have not been finalized at this time.