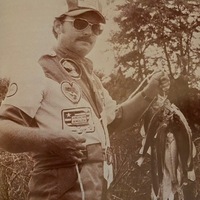 The family will  have a private memorial ceremony to honor his life.

Don was born on Jan. 4, 1947, to Betty Wilkes McArthur and the late William McArthur in California on an Air Force Military Base. He worked as an engineer draftsman and was a member of the First United Methodist Church of Sardis.

Don was an avid fisherman and hunter and would be often found at Sardis Lake. He was a member of the Sardis Lake Bass Club and the 4-D Hunting Club out of Tunica. His quick wit, and kind heart will be deeply missed by all who knew him.