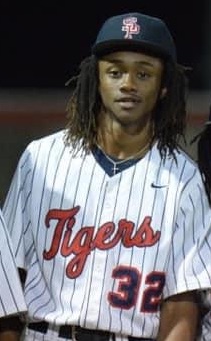 Continuing to expand the efforts of leading the amateur baseball industry, Perfect Game (PG) is excited to announce Batesville native Mari Boyd, has been selected for the 19th Annual Perfect Game All-American Classic to be held Sunday, Aug. 22, at Petco Park in San Diego.

Far more than just a game, the event provides a once-in-a-lifetime opportunity for the players selected. While in San Diego, the players will participate in a series of baseball related activities. In the weeks leading up to the event, players will have the opportunity to participate in a fundraising effort to help support pediatric cancer patients at the Peckham Center for Cancer and Blood Disorders at Rady Children’s Hospital.

The Classic is returning to San Diego for the 12th time in 13 years, after Oklahoma City played host in 2020.  Four players from the 2020 All-American Classic were among the top-10 players chosen in this year’s MLB amateur draft. Additionally, Jack Leiter, chosen second overall by the Texas Rangers, played in the 2018 Classic, while Kumar Rocker, selected 10th overall by the New York Mets, appeared in the 2017 event.

The rosters for the 2021 All-American Classic were chosen by a panel of talent evaluators assembled by Perfect Game, after being scouted and identified through a series of tournaments and events, including Perfect Game’s National Showcase, which took place in St. Petersburg, Fla., July 14-18.

Over the past 18 years, All-American Classic fundraising activities have generated more than $1.3 million for a variety of local causes, including $850,000 to Rady Children’s hospital and a record-breaking $119,819 during last year’s event in Oklahoma City to benefit the Toby Keith Foundation’s OK Kids Korral.

The Perfect Game All-American Classic will be streamed live on PerfectGame.TV. For more information, visit www.perfectgame.org.

Perfect Game is the world’s largest elite youth baseball and softball platform and scouting service, producing over 8,600+ events, 300,000+ games and showcases each year across the country. At Perfect Game events, players are performing with top-level competition in front of college recruiters and professional scouts from all over the country. Because of this, these events prove to be invaluable to the college coaches as well as Major League Baseball, as they can scout a large population of talented ballplayers in one location. To date, more than 1,500 players that have played in a Perfect Game event have also played in Major League Baseball. Since 2003,

And in the 2019 College World Series, every player on the roster of national champion Vanderbilt and all but one on the runner-up Michigan roster had played in a Perfect Game event.