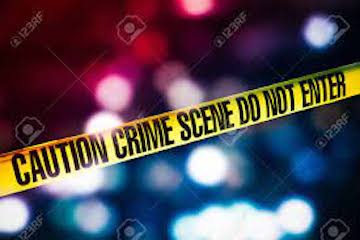 Gang-related shootings have claimed the lives of two people in Panola County since Sunday a week ago and several others have been injured while law enforcement officers are working overtime to root out those behind the mayhem.

Citizens of Sardis and Como were panicked last week when gang members began shooting randomly in retaliation for a homicide that happened Sunday, July 25, on Willow Rd. in the Greenhill Subdivision just outside the Sardis town limits.

Tuesday night was the most frightening for residents of the small towns. That evening shooters stood on the railroad tracks in the middle of Como and fired automatic weapons indiscriminately into a trailer park, a tight-knit neighborhood a short distance from downtown.

Hundreds of rounds can be fired and the perpetrators gone in less than a minute, giving law enforcement little chance to stop the shooters in the act. In the trailer park shooting, one man was killed and others injured.

The Sheriff’s Office has not released his name pending further investigation, but early reports from officials indicate the victim was an innocent bystander who was hit, and was described as a family man with no gang connections.

Capt. J.K. Smith is heading the investigation into that murder for the Panola County Sheriff’s Office. Smith spent years working in the Homicide Division of the Memphis Police Dept. and has extensive experience working gang murders and shootings.

Smith and Sheriff Shane Phelps, and others from the PCSO, have met for hours in the past week with officials from the FBI, ATF, U.S. Marshals Service, as well as officers from Lafayette County and the City of Oxford.

“We are doing everything we can locally and getting help from state and federal agencies to make sure the people of Panola County are as safe as possible,” Phelps said. “There were gangs here before I was born and there will be gangs here twenty years from now, but we will not put up with violence that scares our citizens. It’s not going to happen.”

Another night of shooting last week resulted in damage to a glass door at Panola Playhouse in Sardis, and injuries during an exchange of gunfire across the intersection of Hwys. 51 & 315 adjacent to the Circle Z convenience store, a location well-known to police who answer multiple calls there each week.

For more than a week, Phelps said, two teams of officers have been patrolling the streets of Como and Sardis, with 20 extra officers on duty.

Phelps said officers have received information that some of the suspected gang members are coming from out of town to join the gang war, but many are county residents.

“Since last week we have made over two hundred vehicle stops and we’ve taken guns and drugs off the streets of Panola County. We will continue to do this until we believe the violence is slowing down, or stopped in our county,” Phelps said.

The sheriff said the cooperation of the various departments and agencies will result in a safer environment for citizens across North Mississippi, which provides great benefit for Panola because of the country’s central location.

Phelps would not comment on specifics of the investigation but did confirm that law enforcement is taking seriously the “5 for 1” theory of the recent gang violence that has been floating around social media and on the streets.

Essentially, some believe orders from high ranking gang members were given following the first homicide in Sardis last Sunday, that five residents of Como or Sardis would be killed by the victim’s gang to avenge his death.

Reports said gang members would not limit their hopes of retribution to rival gang members, but would kill anyone in those towns up to five people. For that reason, some families fled the area last week, and are living in hotel rooms and with relatives in Batesville and other parts of the county.

Panola Partnership CEO Joe Azar said he fielded calls last week from industry managers in North Panola concerned for the safety of their workers and their families. Azar said managers told him some employees had rented hotel rooms in Batesville for their families and the situation had the potential to affect manufacturing and production goals in their plants.

At Monday’s meeting of the Board of Supervisors, Phelps talked to board members about the situation in executive session.