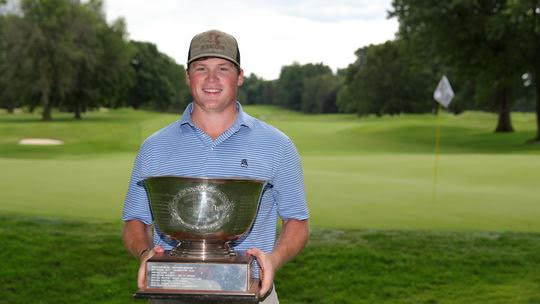 Easley, a rising junior at the University of Auburn, fired a 12-under at the par-70 course to win the event by five strokes over Georgia’s Nicolas Cassidy. He was the only golfer in the field to shoot in the 60’s all four rounds.

The 2019 Oxford High School graduate carded 19 birdies and just seven bogeys in 72 holes of action during the week.

The Monroe Invitational Championship is one of the longest running, high-level amateur tournaments in the United States, which began in 1937 and has been annually held every year except during World War II.

Past winners of the tournament include PGA stars Dustin Johnson, Thomas Pieters and Andy Ogletree.

Easley is the son of Jamie and Kerry Easley.