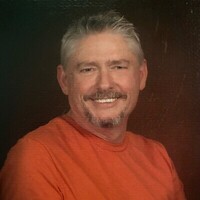 David Campbell, age 66, passed away Monday, May 24, at Baptist Memorial Hospital in Oxford.

Funeral services will be 2  p.m. on Saturday, May 29,  in the Martin Willingham Memorial Chapel of Wells Funeral Home with interment to follow at Liberty Hill Cemetery. The family will receive friends one hour prior to the service.

David was born on October 29, 1954 in Memphis, TN to the late James Lewis Campbell and Minnie Jewel Ford Campbell. David worked as barber his entire life, and owned his own salon in Southaven. He also worked at McNeely’s Barber Shop in Memphis.

When he was not working, he loved to play his guitar and watch the University of Tennessee football and Memphis University basketball. He was also a member of the Boulevard Baptist Church in Southaven, MS.

David was a Godly, simple, and kind-hearted man, whose memory will be forever cherished by his family, which includes his wife, Cathy Shoemaker Campbell of Coffeeville; three daughters, Nikki Williams (Tripp) of Batesville, Kaitlyn Simmons (Josh), and Ashley Collins (Kevin) of Southaven; one son, Matthew Campbell of Nesbit; one sister, Dianne Campbell Scott (Walter) of Independence; six grandchildren, Dylan Campbell, Peyton Collins, Lexi Collins, Layken Williams, Josie Williams, and Levi Simmons, as well as one grandbaby on the way.

Along with David’s parents, he is preceded in death by his son, James David Campbell, Jr. and one brother, Bobby Lewis Campbell.