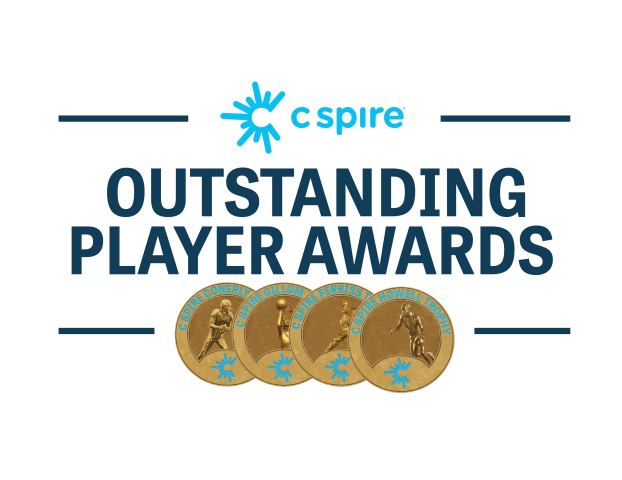 Some of the top college athletes to play the major sports of football, baseball and men’s and women’s basketball in Mississippi will be honored from among 19 nominees for the 2021 C Spire Outstanding Player Awards, which annually honor the Magnolia state’s best performers.

The awards program was cancelled last year by co-sponsors C Spire and the MSHOF after a global pandemic caused some sports to be discontinued and others to be curtailed due to health restrictions and concerns.  All four awards will be conferred during a virtual program on Monday, May 24 at noon. Fans, players and family members can watch the program online at www.msfame.com.  Veteran CBS NFL television analyst Charles Davis will be the special master of ceremonies.

Nominees for the C Spire Outstanding Players Awards in 2021 include:

“College sports is very popular in Mississippi and we want to make sure that players and schools get the recognition they deserve and honor their achievements on the gridiron, on the basketball court and baseball diamond,” said Jim Richmond, vice president of Marketing for C Spire.