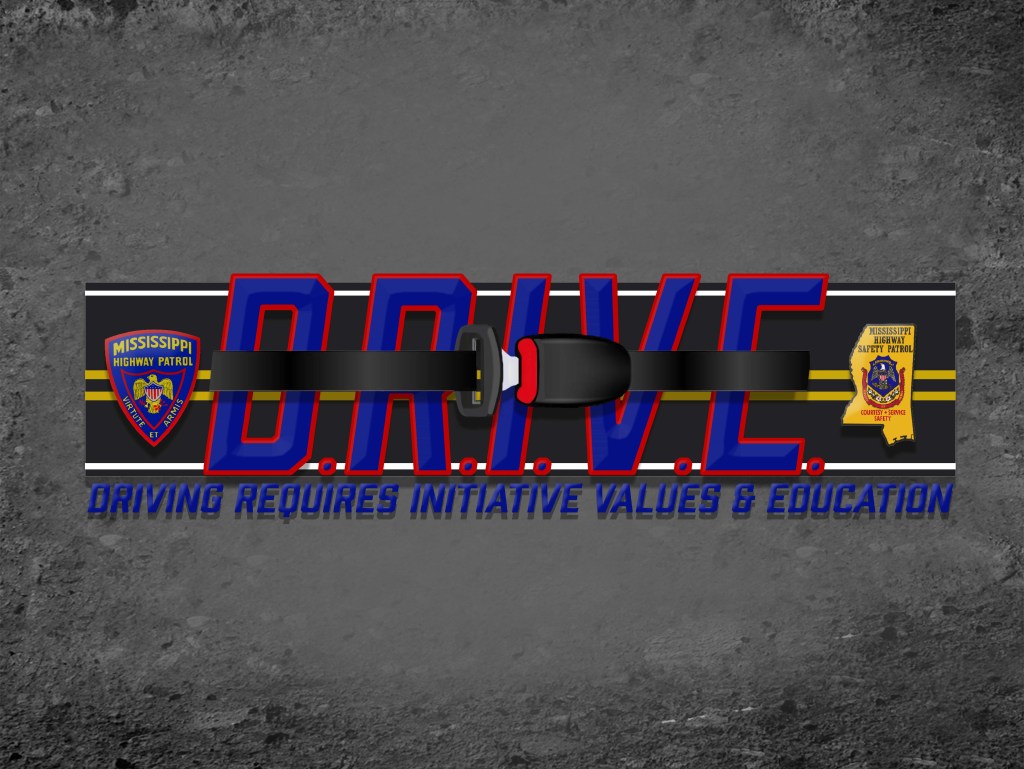 Due to an increase in statewide teen driving fatalities for 2020, the Mississippi Highway Patrol is implementing its traffic safety campaign titled D.R.I.V.E. (Driving Requires Initiative Values and Education).

In 2020, 70 teenagers lost their lives in traffic crashes on roadways in Mississippi compared to 49 in 2019. Research has shown Mississippi consistently ranks in the top 5 nationwide regarding teen driving fatalities based on crash analysis information. In an effort to bring these numbers down, the Mississippi Highway Patrol Public Affairs Division will take the D.R.I.V.E. campaign to schools, community colleges, universities, churches and civic organizations.

“Every Mississippian should be concerned about the number of teenagers that are losing their lives on our highways and roadways,” said Colonel Randy Ginn, Director of MHP. “We have to sense the urgency to educate our youth on safe, smart and responsible driving habits. The D.R.I.V.E. campaign will do just that. Changing driving habits will change these numbers.”

“It is our hope that the D.R.I.V.E campaign will help teen drivers develop safe driving habits while reducing the number of teen driving fatalities in Mississippi,” said Commissioner Sean Tindell. “Parents can also help prevent teen driving crashes. Parental involvement shouldn’t end when a teen receives their license. Parents are encouraged to talk to their teens about the importance of safe driving. Set your teen driver up for success by giving them rules and boundaries.”

With COVID-19 still presenting challenges regarding the education of students in Mississippi, there are a variety of ways MHP plans to get the safety message out to not only students, but parents as well.

“Due to the pandemic, we will work with educators, community leaders, first responders and parents regarding the safest ways to present the program,” said Major Johnny Poulos, Public Affairs Director for MHP. “Receiving a driver’s license brings a sense of accomplishment and freedom to teenagers while bringing worry and concern to some parents. We want our teenagers to enjoy this milestone in their lives, but at the same time, they have to understand the responsibilities and possible consequences that come with driving.”