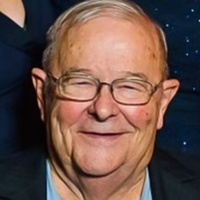 A graveside service for Jerry will be 11 a.m. Friday, Jan. 22, at Longtown Cemetery near Crenshaw.

Jerry was born October 19, 1939 in Thyatira to the late Isaiah and Bessie Jeffords Johnson. He was raised in Crenshaw and graduated from Marks High School in Marks. He honorably served in the United State Air Force and was stationed in Myrtle Beach, SC.

Jerry was the owner of Mid-South Filters in Memphis, and worked well beyond his retirement years. He self described himself as “just a plain ole Mississippi sawmill country boy.” To his family, he was a generous man full of stories and jokes who enjoyed spending time with family and fishing.

Others than his parents his parents, he is preceded in death by his sister, Frances Daugherty; brothers, Charles, Jessie and Hoyt Johnson.