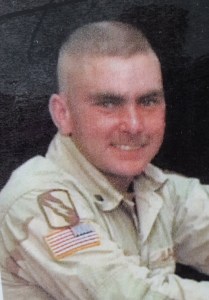 Here is a timeline of the events of July 24-27, pertaining to the death of Michael Gaines. This information was gathered from family members and friends of the victim, police reports, and tips from other sources.

● A 911 call at 8:32 p.m. is placed, but the caller told the dispatcher that there was no fight at the scene on Mt. Olivet Rd. This was later proved to be untrue by investigators.

* Deputies respond to the address on the north end of Mt. Olivet, just south of Powell’s Country Store, but can’t find the vehicle that was reported stopped. They search for the vehicle but can’t locate it.

● About 52 minutes later, while the investigators are still looking for the vehicle, another call comes into 911 requesting an ambulance and a wrecker for a car in a ditch on Crouch Rd., several miles southeast of Mt. Olivet. Deputies also respond, although they are unaware that the driver who made the call and the passenger are the same people involved in the Mt. Olivet call from an hour earlier.

● The driver tells ambulance workers their car ran in a ditch when they missed their turn and tried to back up in the road. EMTs say Gaines was walking at the scene and talking. His companion said he had fallen several times at the scene. He was bleeding from a head wound, but was reluctant to get into the ambulance for treatment.

● Gaines was eventually convinced he needed medical care, and was taken to Panola Medical Center where he was admitted and treated. Investigators had some contact with him, but could not fully interview him or the other person in the vehicle.that night.

● Stabilized after the initial trauma from the Friday night event, Gaines’ condition began to deteriorate Saturday. Medical officials made the decision to move him to the North Mississippi Medical Center in Tupelo for a higher level of treatment.

● The victim’s condition does not improve Saturday, and worsens on Sunday. He is removed from life support systems Monday morning. The State Medical Examiner rules his death as a homicide.

● Panola County Sheriff Shane Phelps and District Attorney John Champion hold a joint press conference to give the media some details of the weekend’s events and quell rumors that a gang of teens had blocked the road and randomly pulled a motorists from his vehicle and beaten him with weapons.

● Phelps spends days assuring anxious residents of the area that motorists were in no special danger because of the events. The sheriff takes calls from across the Southeast about the case, even from a group from Florida who wanted to hold a rally in Panola County to protest what they errantly believed was a case of minority teenagers beating to death a white victim because of his race.

● Investigators make a report with all the gathered evidence and interviews for the District Attorney’s office. Whether charges will result from the investigation depend on how, and if, the DA presents the findings to a future seating of a Panola County Grand Jury.