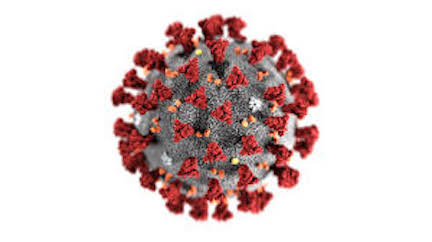 Mississippi’s state health officer said Monday that he’s troubled by the state’s recent rise in COVID-19 cases, including a significant increase during the past week of people hospitalized because of the highly contagious coronavirus.

Dr. Thomas Dobbs said six hospitals have no beds available in their intensive care units, and clinics are seeing an increasing number of patients with COVID-19 symptoms.

“All of the indicators are starting to turn in an unwanted direction,” Dobbs said during an online news conference.

In Panola County in the past week some 60 new cases of positive coronavirus have been reported along with four more deaths. The state health department’s official records have Panola County with 1,608 cases and 35 deaths since March 11.

Dobbs said Mississippi’s case numbers were “starting to creep up” before health officials expected any impact from the lifting of the mask mandate. He said the lack of a mandate could add to the problem of increasing cases.

“I will say, personally, I’ve been a little bit disappointed just hearing from churches and businesses that they feel like they are no longer empowered to have their members or visitors wear masks,” Dobbs said.

Cities and counties are allowed to set their own mandates for people to wear masks in public places.

The state health department will start offering rapid coronavirus testing in some counties this week. Dobbs said it should be available next week in the department’s other testing sites. Until now, tests done by the department have had results available in days rather than hours.

Dobbs also said that ahead of the Nov. 3 election, the department will hand out free paper masks that include a plastic guard to cover part of the face. Those will be available at testing sites to people who are at least 65 or who have health conditions that could make them more vulnerable to the virus, including diabetes, hypertension and lung disease.

The state health department said Monday that Mississippi, with a population of about 3 million, has reported more than 105,000 cases and at least 3,101 deaths from COVID-19 as of Sunday evening, with an increase of 296 confirmed cases and no deaths from numbers reported the day before.

By Carrie Stambaugh A $6.22-million federal transportation grant will provide the funds to complete the final phase of refurbishment along... read more