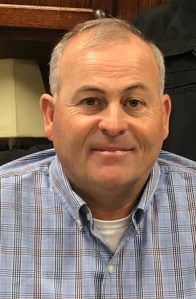 Franklin had been the Sardis assistant chief prior to the departure of Shawn Dalton, who was hired as chief in late November of last year.

The longtime resident of the Mount Olivet Community will maintain the role of interim while the city officials “go through the process,” according to alderman Michael Price.

“He’s doing an excellent job for us,” Price said.

The next meeting of the Sardis Mayor and Board of Aldermen is scheduled for Tuesday, July 21, at City Hall, and is open to the public.