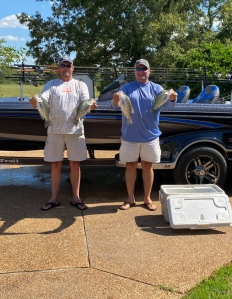 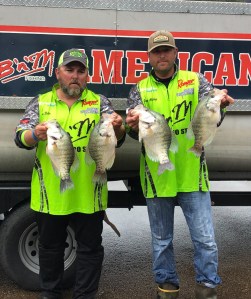 The American Crappie Trail (ACT) will hold its National Championship in Sardis and Batesville this week on Thursday through Saturday. Two of the 100 teams that will compete include Panola County residents who are hoping for big payouts when the final weigh-in takes place Saturday at the Batesville Civic Center.

This week’s tournament is the conclusion of the 2019 ACT season and is often referred to as the Super Bowl of the organization’s schedule. Batesville city officials landed the tournament more than a year ago and the revenue from the visiting teams and the national exposure is a major accomplishment for the city.

Local competitors are Jeremy Aldridge, who partners with Missouri resident Daniel Porter, and Batesville residents Jamie Roberson and Stephen Sullivan. In the points race for the season, Aldridge and Porter are ranked 7th in the nation, and Roberson and Sullivan are close behind at 11th.

Both of the teams, with good showings this week, could win the national title.

Live well checks will be daily at Engineer Point, and according to the plan – which instructs that “anglers must stay in vehicles and a tournament official will check boats while anglers are in their vehicles,” a caution measure that they assure will enforce the 6-feet minimum of social distance.

The public is also instructed that during live well check, at the completion of fishing, “there will be absolutely no gathering or social interaction allowed.”

Fish will be checked by a tournament official at a weigh-in held outside Batesville Civic Center in a drive-through format, the plan notifies.

Anglers from across the country began arriving in Batesville last week to pre-fish and learn more about Sardis Lake before the real action begins Thursday morning.

The top 25 teams after the first two days of competition will compete Saturday for $135,000 in prize money, and the title of ACT champions.